Amin Nasser, who is Mr. Oil: the man who pays half a billion dollars a day 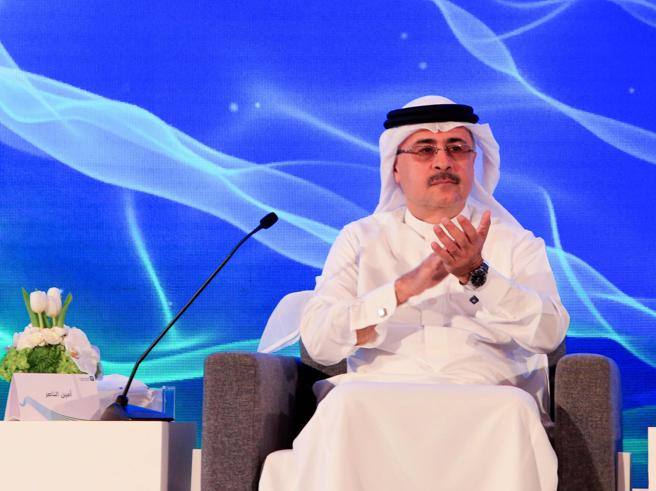 “Now you better go to sleep.” If this phrase were said to a child, no one would be surprised, but in this case, the recipient of the advice — which sounded more like an order — was none other than Amin Nasser, CEO of Saudi Aramco, the world’s largest oil company. To pronounce it, when the hour was not late at all – 9 p.m. – in the embarrassment of those present (a thousand people), at an industry event this year in Riyadh, Saudi Arabia’s Energy Minister, the Prince Abdulaziz bin Salman, in an episode reported by Reuters. And he wasn’t kidding at all. In his long career as the top executive of the state, Nasser has built a reputation as a hard-working man, always ready to take on the challenges of the next day, what – should I say? – starts from the early morning hours. And that reputation had to be kept intact.

Nasser heads the world’s largest oil company, which not only “produces” 10 million barrels of oil a day, and which made a profit of more than $48 billion (half a billion a day) in the last quarter, which is 2,330. billion dollars (more than 55 times Eni and which in May even surpassed Apple and for a few weeks became the company that was worth more in the world), but above all with its revenues and dividends it maintains a nation of 35 million inhabitants trying to diversify their economies, but are still largely dependent on petrodollars. Nasser is the man who completed Aramco’s listing on the Riyadh stock (free float is just 2%) in December 2019 in what was the largest IPO in history, surpassing Alibaba’s record.

A pivotal moment that passed Nasser a few weeks before the stock exchange in 2019 was when drones and missiles hit the Abqaiq and Khurais oil mills, cutting crude oil production in Saudi Arabia and the United States and Saudi Arabia in half. the attack. Nasser arrived at Aramco’s emergency unit in seven minutes, an industry source said, giving managers on the ground the freedom to make decisions at a time of high pressure. Although 50% of Aramco’s operations were damaged by the attack, Aramco was able to restore most operations within a few weeks and, according to Mazen Alsudairi, head of research at Al Rajhi Capital, “this was possible because (with Nasser’s leadership , ed) had continued the risk management policy that leaves no room for leniency ».

The engineer who didn’t study in the US

Unlike the top executives who preceded him at the helm of Aramco, Nasser is not a product of a “top” American university, but received a Saudi education and a degree in petroleum engineering from King Fahd University in Dhahran. After training with Saudi Aramco (the Management Development Seminar in Washington and the Global Business Program) and joining the company in 1982, Nasser has climbed the ranks of the company and according to analysts at Reuters, it has become very popular by promoting a decentralized culture, as well as spending time with both top management and employees. “Nasser’s work – reveals Jim Krane, an energy researcher at Rice University’s Baker Institute – is much larger than that of the typical CEO of an oil company. It should not only produce and sell oil, but also provide the Saudi government with the revenue it needs to keep afloat.” To run the company, he must maintain the support of the two most powerful figures in the kingdom: Energy Minister Prince Abdulaziz bin Salman and Yasir al-Rumayyan, governor of the Saudi sovereign fund Pif (the one who sent him to bed on 21), who also chairs Aramco’s board of directors, and the powerful Crown Prince Mohammed Bin Salman.

Usually calm and diplomatic, Nasser broke his code of conduct last December in what appears to be prophecy today – with these levels of energy prices and inflation. Speaking at the World Petroleum Congress in Houston, Texas, Nasser criticized the hypothesis that the world could switch to cleaner fuels “practically overnight” by saying that the lack of spending on oil production and the necessary investment has seriously affected social security. could and could have consequences. “I understand it will be difficult for some to admit publicly that oil and gas will play a vital and important role during the transition and beyond,” he said, but admitting this reality will be much easier than dealing with energy insecurity, rampant inflation and social unrest. as prices get unbearably high and net zero emissions liabilities begin to unravel”.

“In some circles he is seen as a threat to the climate because of aggressive plans to increase production to 13 million barrels per day by 2027 – explains Jim Krane – but in Saudi circles he is seen as an innovator willing to change the business model. Aramco is committed to chemicals, hydrogen and decarbonization.” And after decades of secrecy, it released the company’s first emissions report.

Share
Facebook
Twitter
Pinterest
WhatsApp
Previous article4 Cool Pants Styles For The Days You Don’t Want To Wear Jeans
Next articleFilippo Tortu: “The Europeans on the Mennea track: the 200 meters have never been so open”