Photovoltaic, 87 MW maxi-installation in Lazio: it can provide energy to 68 thousand families 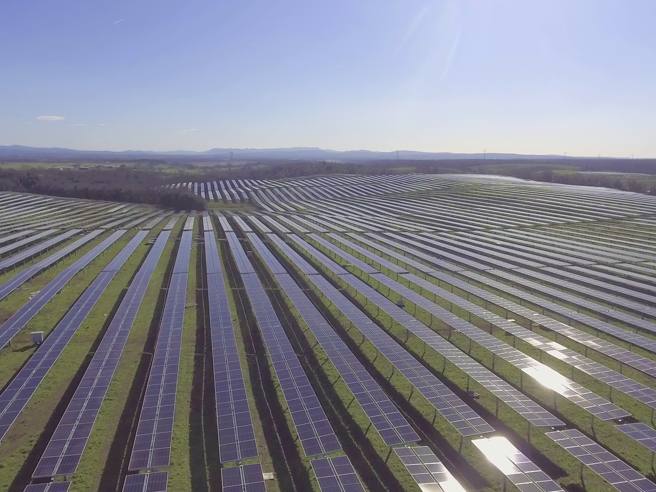 A mega photovoltaic system built in grid parity, ie without government incentives, for a total capacity of 87.1 MW capable of covering the annual needs of 68 thousand households, guaranteeing a saving of more than 73 thousand tons of CO₂. It will be conducted by EOS Investment Management (EOS IM), through the investment fund EOS Energy Fund II SCA SICAV-RAIF (known as “EOS ReNewable Infrastructure Fund II”), together with Capital Dynamics, through the investment fund Clean Energy Infrastructure Fund IX ( “CEI IX”). The factory, which will be built in Lazio, will employ more than 100 people in the construction phase and another 20 professionals in the subsequent management and operation phase, mainly using local labor and companies.

The new EOS Investment Management and Capital Dynamics project, which has already been approved, is expected to be completed in the first quarter of 2024. It is set up to house storage technologies for electricity networks

The already approved project will house storage technologies for power grids and is expected to be completed in the first quarter of 2024. The storage system in the future could be the starting point for the production of green hydrogen. “Less than two years after the launch of our new fund, we are pleased to have set a new record with the acquisition of one of the largest projects ever executed in Italy without incentives,” emphasizes Ciro Mongillo, CEO and Founding Partner from EOS IM.

“Our second fund, EOS ReNewable Infrastructure Fund II, immediately positioned itself as a precursor to an inevitable green revolution in which the energy transition no longer requires the use of government incentives towards an economy with a lower environmental and social impact. A transition that is not only more sustainable, but is also able to respond quickly and concretely to the urgent needs of national energy security that require major investments in infrastructure. The challenges are complex, but we have a historic opportunity to rethink the European energy system, in a green key ».

Renewable energy in Italy and Europe

The production of electricity from renewable sources in Italy, according to IEA data, is still at 16%, compared to 32.9% in Spain and 31.5% in Portugal. Germany also surpasses our country, with 28.8% of energy from renewable sources. Not to mention Denmark, which generates 51.9% of its electricity from offshore wind farms and photovoltaics. “It is necessary to accelerate on renewable energy sources – continues Mongillo – if we want to reduce our dependence on other countries. The current energy crisis shows us clearly that delays can be costly. Photovoltaic energy on roofs is not enough, industry needs large systems. We are not talking about taking land from other sectors, but about restoring and reinvigorating abandoned industrial areas or disused areas ».

Any negative effects on the sustainability of the factory under construction are monitored periodically. EOS IM even uses its own model developed using one of the Big Four, measuring key risks and performance in terms of ESG metrics and KPIs over the life of the investment. The periodically monitored ESG measures include, for example: the number of hours worked, any accidents at work, the number of resources deployed and the percentage of female staff, water consumption, different types of waste produced and emissions generated. «We firmly believe that transparency towards our investors is a central element of the management activity – concludes Mongillo -. Indeed, the results of the analysis of the performance of investments according to ESG measures are regularly communicated to our stakeholders and clearly show how the production of energy from solar sources is incomparably more efficient, not only from an economic point of view, but also from an environmental point of view. impact, such as connected water consumption or dismantling of installations ».