Port of Hamburg, 24.9% to China’s Cosco: Ok from German government (but controversy arises) 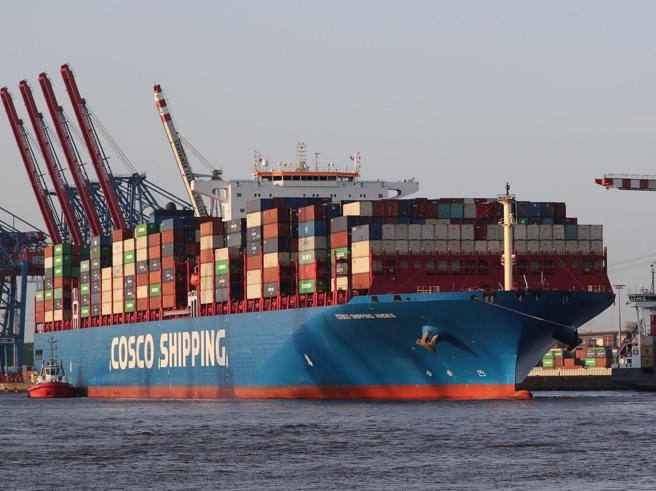 “We will not surrender to the Chinese”. For example, the Minister of Enterprise and Made in Italy, Adolfo Urso, reacts to the possibility that the management of the port of Trieste could also pass into Chinese hands now that the German government has opened the port of Hamburg to China, and approves access to 24 good. 9% of the giant Cosco. A problem that arose from the fact that Hellowhich operates three terminals in the German port also shareholder of the port of Trieste. Possibly exercising the golden power “is up to Palazzo Chigi, but all our policies, including economic and productive, will be aimed at guaranteeing strategic and European autonomy in all supply chains to put decisions about the economic-productive development of our country in our hands to keep,” Urso concluded.

The problem and reasons behind the agreement

As said, to raise the fuss decision by the German government to approve the 24.9% entry of Chinese shipping giant Cosco, in one of the terminals in the Port of Hamburg. The authorization represents the result of a mediation the Chinese company actually wanted to acquire 35% of HHLA, which operates three terminals in the port, but the share was judged too high and the percentage was below 25%. However, percentage that would be sufficient to have such weight that it blocks decisions in the board of directors. The port of Hamburg has stated through a spokesman that “for the competitiveness of the port” the decision of Berlin “is of great importance is”. Hhla is 69% owned by the City of Hamburgwhich therefore fits in an important way in the competition to become the terminal of China’s New Silk Road.

The controversies divided the German government

Despite reassurances from China’s foreign ministry, spokesman Wang Wenbin spoke of “concrete cooperation” with Germany and “unfounded rumours”. in Berlin, the tension in the government majority is not abating. A protocol statement was released from the State Department, led by the Green Annalena Baerbock, which also involved other ministries. As reported by the German agency Dpa, the document states that “the acquisition of shares in the Tollerort container terminal by the Chinese state-owned shipping company Cosco disproportionately increases China’s strategic influence over the transport infrastructure of Germany and Europe, as well as Germany’s dependence on China.” ” It adds that we “want to draw explicit attention to the significant risks involved if parts of Europe’s transport infrastructure are influenced and controlled by China – while China itself does not allow German participation in Chinese ports”. Finance Minister Christian Lindner of the Liberal FDP tweeted that his ministry had joined the statement.

Share
Facebook
Twitter
Pinterest
WhatsApp
Previous article
They blame the Prime Minister for taking his daughter to the summit. “I will be the mother I want to be”
Next article
The pilot’s dinner, Salt Bae’s mail. How did the hoax of 160 thousand euros come about?