Space, Italy and France are still in conflict over the launchers 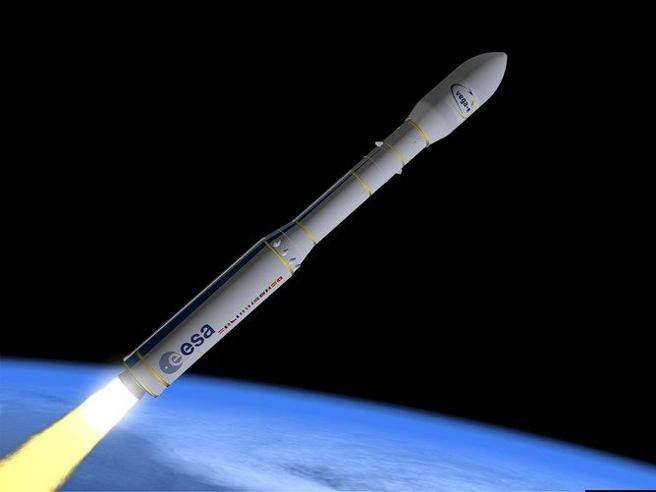 The new Meloni government has just had time to take office and, in addition to questions about measures to be taken against the high cost of living and dizzying energy prices, it is already facing a dispute over the economy of space . The Council of Ministers of ESA (European Space Agency) will take place in Paris on 22 and 23 November and for the occasion, the representatives of the different European countries will discuss the strategy that will be deployed in the coming years in terms of financing and projects. Therefore, the issue of competition between Italy and France on launchers reopens.

A few months ago, France announced the development of MaiaSpace, the new company created by ArianeGroup (controlled 5/5 by Airbus and Safran, two aerospace giants controlled by Paris) to reusable mini launchers capable of launching satellites weighing 500 to 1,500 kilograms into orbit. The news had displaced the then head of government, Mario Draghi, for two reasons: firstly, despite the various collaborations between the two countries, including in the space economy (as in the case of the space company Avio), the French government thought not to involve Rome; but most importantly, this plan will compete with Vega, a plan almost identical to Maia but initiated by Avio, on which French minister Bruno Le Maire had signed a bilateral agreement with Italy under the Quirinal Treaty.

Who arranges the matter

Currently, the Executive has assigned Vittorio Colao, former Minister of Technological Innovation and Digital Transition, the delegation of the Presidency of the Council as responsible for the economy of space. But according to the Only 24 hours, Adolfo Urso, Minister of Enterprise and Made in Italy, seems to take its place and with it the decision how to act in the confrontation with France. For Giorgia Meloni, this could be a good answer to the “predatory” attitude that French President Emmanuel Macron has always accused of big industrial files. There is no official confirmation yet, but rumors are circulating in Palazzo Chigi that Urso will inherit the chairmanship of the Comint (the inter-ministerial commission for space and space research policy), which will also be responsible for the operational management of the funds. will take on.

The French Arianspace has an exclusivity to commercialize Vega, but has launched competitor Maia with its subsidiary ArianeGroup. This prompted the Draghi administration to formally request the involvement of Italian industry with the aim of developing an alternative to Elon Musk’s Falcon, but no response ever followed. The tension for the ministerial meeting in Paris is therefore the same and that cannot be ruled out Avio could evaluate countermeasures, including through the EU Antitrust. Former Minister Colao’s preliminary investigation had outlined a commitment for Italy to participate in ESA projects worth €2.8 billion over the next five years. Without taking into account the funds allocated to ASI (Italian Space Agency), what is still available to confirm in the budget law is 1.1 billion for the next three years. A figure in addition to the 5 billion, between the national fund and Pnrr, which has already been allocated by the Communications Commission (Interministerial Committee for Space and Space Research Policy) to focus precisely on launchers.

Urso has already raised the issue of space economics as chairman of Copasir (Parliamentary Committee for the Security of the Republic), through a report in which we read that «microlaunchers represent one of the most critical areas from a strategic point of view and in perspective . In the past year, there are actually four countries (France, Germany, the United Kingdom and Spain) that they started own and independent national micro-launcher development programs. Other European countries, such as Norway, are gearing up, while Italy is still showing a worrying slowdown. Our country must therefore map out a clear vision and a national space strategy, so as not to remain too conditioned by the decisions of the other European partners in the aerospace sector.”