The measures under investigation, from the stop to basic income to 103 for pensions 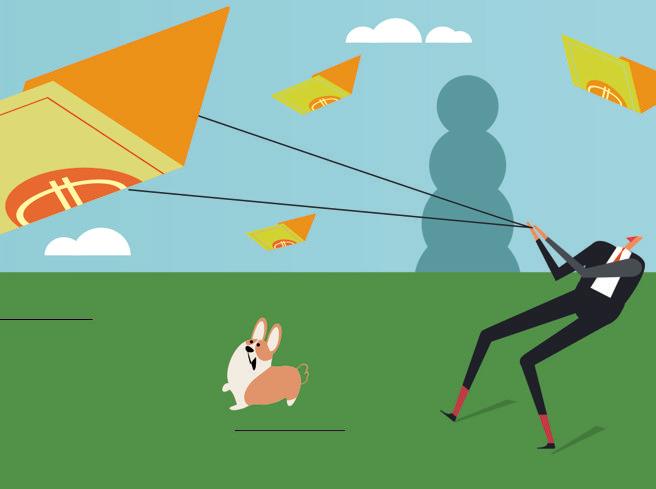 There will be pressure on citizenship income. But the savings will be limited. at most, we are talking about a billion euros, of the approximately 8 that the anti-poverty subsidy costs annually. An important but limited cut, because it will largely be achieved on the public of incomes deemed employable, equal to a third of the total. According to monitoring by Anpal last June, there are about 660,000 beneficiaries who have to sign the Pact for work in the employment centers. There are another 173,000 recipients who already work, but whose income is so low that they meet the income requirements.

So in total more than 800,000 people of the approximately 2.5 million subsidy recipients. After all, two thirds of the public are minors, the elderly, the disabled, people with integration problems and other disabled people, who are referred to the social services of the municipalities. The pressure will hit those who can work. The most popular hypothesis is to impose a term on the maximum duration of the service. Today, citizenship income can be withdrawn for 18 months, renewable, after a one-month suspension, whenever the requirements are met. However, with the squeeze, the disabled person would no longer receive a subsidy after the 18 months had expired, but would instead receive economic support for training financed with European funds for a maximum of six months. And that’s it.

Softer options are also on the table, as developed by the Secretary of State for Employment, Claudio Durigon (Lega), which provides for a décalage: after 6 months of training, the interested party, if he does not yet have a job, can ask for the income again, but for a maximum of 12 months and with a reduction in the amount of 25%, and then, after another 6 months of suspension, the grant could be applied for the last time, for 6 months and reduced by another 25%. But at the moment the tougher proposal, accompanied by strict control rules, prevails: grant recipients must prove that they live in Italy by periodically visiting the offices of the municipality of residence

Pensions, towards 103 but with indexation discount

Replacing Quota 102, which expires on December 31, Quota 103 could start on January 1, 2023. This means that if it were possible to retire early this year with an age of 64 and 38 contributions, in 2023 the mix would change: 62 years and 41 contributions would be required. A change to send a first signal towards Quota 41, the workhorse of the League, which wants to allow early retirement with 41 years of premium regardless of age. But Quota 41 would cost too much: 4 billion the first year and more after that, to almost 10 billion in 2029. Hence the introduction of the age limit of 61 years. Not only. Quota 103 should only be valid for 2023. In this way, the costs would be around 750 million euros, for a potential target group of 48,000 employees. who can retire about one or two years earlier. Normal early retirement requirements now allow men to leave their jobs at 42 years and 10 months of contributions, regardless of age, and women at 41 years and 10 months.

However, together with Quota 103 there could be a cooling of the indexation mechanism for pensions above 4 times the minimum. In principle, 100% correction for inflation would only be guaranteed for pensions up to approximately EUR 2,100, while for higher amounts a larger reduction in the current level of cover would be activated (90% between 4 and 5 times the minimum; 75% for amounts more than 5 times the minimum). Any downward re-modulation of the indexation of the “wealthier” pensions would serve to find resources (beyond those resulting from the tightening of citizenship income) to fund Quota 103, but also two other measures: the extension of the women’s option (retired female employees with 35 years of contributions and 58 years, 59 if self-employed, where the full compensation is calculated with the contribution) and the Ape sociale (pension allowance, up to a maximum amount of 1,500 euros per month, for unemployed disabled and hard workers with 63 years and 30 or 36 years premium, as the case may be).

The “tax truce” for small tax bills. Of the hypothesis of zeroing out the previous year for those up to a thousand euros. Above this threshold, it is reasoned for fine reduction, interest at 5% and terms of five years. Largely a more generous intervention on the tax wedge: a 3% cut that would go entirely into wages “for low-income workers”That is what Finance Minister Giancarlo Giorgetti said. Each percentage point costs about 1.6-1.7 billion euros in public accounting terms. Among the simulations studied by the technicians of the ministry in via XX Settembre, there is discussion of the reduction of 3% to the income threshold of 20 thousand euros per year, with a possible decalage of up to 2%, according to the current institution but which expires at the end of the year , for incomes up to 35 thousand.

mgo inside most opinions differ. Forza Italia is asking that the tax wedge cut also be paid to companies by a percentage point, as demanded by Confindustria, which in reality would like an even more generous 5% cut to reduce the tax burden, but there is a lack of coverage to run it. On the other hand, it is an unbalanced maneuver on interventions against expensive energy, which amount to a total of 21 billion, the entire additional shortfall.

Doubts about zero VAT on basic foodstuffs, such as milk, bread and pasta. Forza Italia considers it a necessary, “symbolic” measure because it affects all Italians and it would have a bill to the state of about 470 million according to some simulations. But the treasury holds back.

The increase of the threshold from 65 thousand euros to 85 thousand euros for the 15% subsidized self-employment tax remains confirmed. However, the incremental flat tax for employees on income increases is excluded. Companies should get the increase in the tax credit for training 4.0 which would rise from 50 to 70%, from 10 to 15% for investments in research and development in addition to the refinancing of Nuova Sabatini for 255 million for the lease purchases of capital goods. The green tax will also remain for those who drive polluting vehicles on the last mile by delivering the goods to their homes.

Investor Isakov proposes a simple way to save money

Hankyeonyoung: “We need to simplify the taxation of corporate income abroad”