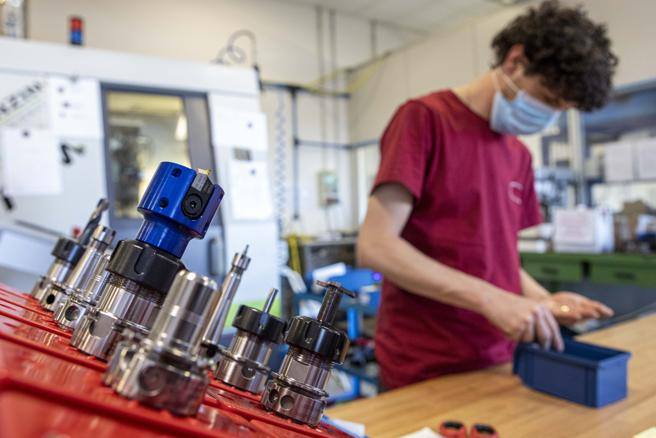 Annabelle
I am Annabelle Sampson and I work for The News Dept as an author for their news department. My main focus is on economy news, but I also cover other topics such as business, finance, and current affairs. My writing has been featured in prominent publications such as The Wall Street Journal, Forbes Magazine, and the Financial Times. I have a passion for learning more about economic trends and understanding how they affect businesses of all sizes. To stay up to date with the latest developments in the field of economics, I make sure to keep track of reliable sources like Bloomberg News or Reuters. In addition to my writing work, I often provide consultation services related to economic matters for clients both large and small.
- Advertisement -

The reduction in the tax wedge creates high expectations, often followed by bitter disappointments. It’s always been that way. With the budgets for 2007 and 2008, the Prodi government has reduced it by no less than five points. What the Meloni executive would have liked to do with the 2023 budget bill, which limited itself to extending the two points decided by his predecessor Draghi for this year and adding another point in favor of workers. At that time, 60 percent favored companies and only 40 percent were destined to cut wages and salaries. And it was a centre-left government! The benefit of an average of 468 euros per year was more than offset by the increase in local taxes. There was no inflationary emergency. This time we are talking about much lower numbers.

Lto protect the purchasing power of wages and salaries seems like a losing game from the start. In the same hours as the draft budget law for 2023 was passed (which will have to be scrutinized by the Houses with many predictable corrections), German metalworkers – nearly four million workers – reached an agreement with their entrepreneurial counterpart for an 8.5 percent wage increase in two year. Translated: an adjustment, in the period, of 7 thousand euros. The Italian collective agreement with the most advantageous increase, on the economic side, was that of pharmacists with a 9 percent increase over three years. We are, of course, far removed from the German situation.

The agreement reached by IG Metal is the result of the traditional consultations that we have considered the most virtuous for many years and which now, compared to the stagnant Italian situation, threatens to appear as the beginning of an uncontrolled spiral between prices and wages. In the last century, it was precisely the Mediterranean countries, and Italy in particular, that stood out for the ubiquity of indexing mechanisms. The devaluations then served to correct the loss of competitiveness. The euro has made them impossible, with the rather unpleasant consequence of a constant pressure on labor costs. Compared to 1990, according to the OECD, only our country experienced a fall in average wages in 2020 (by 2.9 percent). In Germany they have increased by 33.7 percent in thirty years; in France by 31 percent; in Greece by 30 percent; slightly less in Spain, but always more than us, around 6 percent. This is the effect of the so-called “internal devaluation” of work and wages.

The theme of value

But it is a non-exhaustive motivation and in some ways misleading because it diverts attention from the strategic issue of productivity. Again according to the OECD, in the period 1995-2021, Italian hourly productivity grew very little, just above zero, at least half of France, a third of Germany. Even Greece has done better than us. If the added value does not get off the ground, the value of the work will not increase. Too many chores, too much uncertainty, not to be confused with flexibility. After the pandemic – and this is an aspect of particular importance – productivity in Italy is growing, even in traditionally more stagnant sectors, such as services, trade and tourism. According to the Inps Observatory of Private Sector Employees, the number of employees with at least one paid day in the year in 2021 was 16 million 226 thousand 258 units, with an average salary of 21 thousand 868 euros. That of the workers (which still exist, even if they are quite absent from the political debate) of only 16 thousand 180 euros, an increase of 4 percent on the previous year.

The entire Italian system, based on Eurostat surveys, has a median income from work, of all types, of 14 thousand 184 euros in 2021, which is compared with great bitterness to the average figure for the Eurozone (16 thousand 437) . Germany stands at 18,509; France at 17 thousand 423. “A fair wage moderation in Italy, compared to the trend in those of other countries, could even be good news – says Fedele De Novellis, economist and partner of the research institute Ref – because, in the absence of any hint of a spiral between prices and wages, contributes to an acceleration of the fall in inflation. But the social aspects, the stability of the country’s cohesion, should not be underestimated. What does Germany teach us? The consultation is for three . Trade unions have wage increases, which are lower than price developments, above 10 percent. Companies provide employment and investment. The government acts with the fiscal leverage. But the intervention on the wedge, in the Italian case, is largely insufficient”.

A sign of minimal courtesy in union relations would be the end of the scandal – and it cannot be called otherwise – of contracts awaiting renewal. It involves 6 million workers. From trade to large-scale distribution. Employers in the surveillance and security sector have been waiting for the renewal for seven years. “If no one or almost no longer extends during that three-year period – is the analysis of Gianna Fracassi, confederal secretary of the CGIL – the economic issue, especially in a moment of sharp price increases, will get completely out of hand. The old agreement on the Ipca, the harmonized index of consumer prices, is completely inadequate because it does not take into account imported inflation due to the increase in energy resources.

Then there is the widespread and growing contract dumping because otherwise wages of less than 10,000 euros per year would not be understood. And the government’s response, unfortunately, is that of vouchers that increase uncertainty. And then the comparison with VAT numbers and the self-employed who can enjoy the flat tax is humiliating. With the same income, the difference on the net is even more than double».

If tax leverage is modest, corporate tax leverage is less. And therein lies the rub. The company can do much more to defend the fair value of wages and salaries. Hire young people because they are worth it and are a good investment. Not because they are cheap and there is an attractive tax reduction. Intervene in corporate social security systems that ease the burden of service costs on their employees, focusing on what serves and positively impacts communities.

An answer that absolutely meets the ESG (Environmental, Social and Governance) criteria. As is closing the gap between executive compensation, frontline and the rest of the company’s workforce. «It is a matter of great delicacy and no modest impact on reputation – says Sandro Catani, management expert and independent director – the short and long term variable part can be estimated at two thirds of the total remuneration and, given the good performance of many companies in this period, the effect of inflation. Remuneration committees will increasingly be faced with the dilemma of whether or not to contribute to further widening the pay gap in the company”. That mysterious “S” of the acronym of sustainability also contains this. And more transparency wouldn’t hurt.

I am Annabelle Sampson and I work for The News Dept as an author for their news department. My main focus is on economy news, but I also cover other topics such as business, finance, and current affairs. My writing has been featured in prominent publications such as The Wall Street Journal, Forbes Magazine, and the Financial Times. I have a passion for learning more about economic trends and understanding how they affect businesses of all sizes. To stay up to date with the latest developments in the field of economics, I make sure to keep track of reliable sources like Bloomberg News or Reuters. In addition to my writing work, I often provide consultation services related to economic matters for clients both large and small.