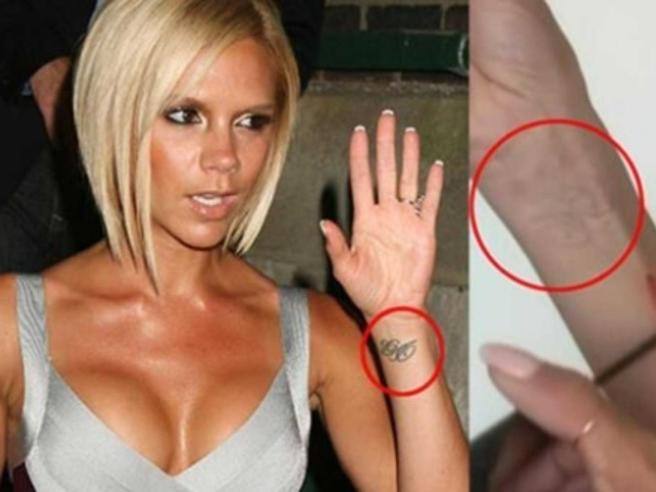 Victoria Beckham recently posted a video to her official Instagram account that alarmed her fans and (again) sparked gossip about a possible crisis with her husband. David Beckham: The 48-year-old stylist, formerly of Spice Girls, tested a new product from her Victoria Beckham Beauty line on social media by trying it on her arm, to show the product’s effect on the skin. But when the camera pointed the lens at the former pop star’s wrist, followers quickly noticed that Victoria had her husband’s first tattoo erased, which is nearly invisible. Victoria Beckham has never publicly discussed (let alone announced) the steps of tattoo removal and her fans, under the video, have done nothing but ask her for an explanation.

“Why did you have your Victoria tattoo removed?” Is just one of the many comments that appeared under her post. Questions the former Spice Girl failed to answer further fueled rumors of their alleged crisis. After the divorces of Francesco Totti and Ilary Blasi, Gerard Pique and Shakira, Wanda Nara and Mauro Icardi, another great couple associated with the football world could therefore be close to parting ways. Recently, the designer was in the spotlight of gossip, including for relations with her daughter-in-law, Nicola Peltzwife of the son Brooklyn. The two are now at odds with the former singer accusing the actress of “marrying her son out of expediency and to increase his popularity”. But that’s not all: in this family feud, even the relationship between mother and son would be so affected that there are people who swear that they no longer talk to each other.

Share
Facebook
Twitter
Pinterest
WhatsApp
Previous article
Rc Car, when direct compensation of the damage is useful not to lose the lesson
Next article
Moscow’s new retreat: the Ukrainians take back Lyman, the door of the Donbass