Science confirms: Mental work is tired (and it’s not just a psychological problem) 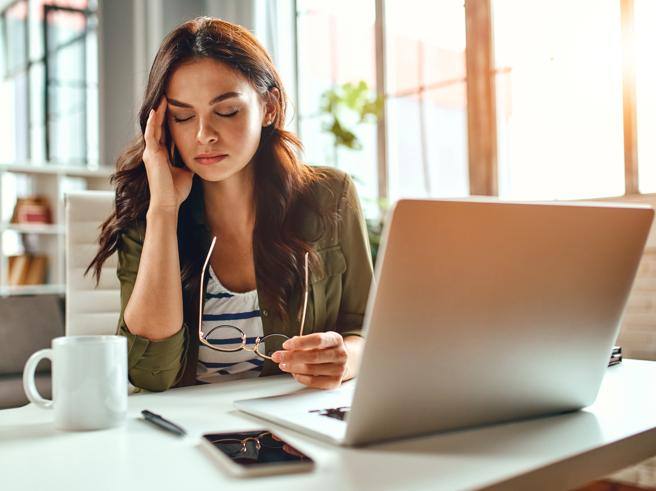 It will no longer be possible to tell those who work at their desks all day that they have a “fake” fatigue. A study from the University Hospital Pitié-Salpêtrière in Paris, published in Current Biology
actually shows that prolonged cognitive exertion causes physical fatigue, albeit of a different kind from those who lift weights or run all day. In either case, the reason is organic, not mental or psychological. Researchers wondered why intense thinking leads to exhaustion: Their study shows prolonged cognitive work is to blame the accumulation of potentially toxic substances in a specific part of the brain, the prefrontal cortex. The result is a change in control over decisions: attention is “automatically” shifted upwards small problems or that do not require great mental effort.

Preserve the functioning of the brain

“According to some influential theories fatigue is a kind of illusion created by the brain to get us to carry out more rewarding activities – explains Mathias Pessiglione of the Pitié-Salpêtrière University -. But our results show that cognitive work causes a real functional change, the accumulation of certain substances. So fatigue would actually be a signal that leads us to stop working, but for a purpose other than pleasure: maintaining the integrity of brain functioningPessiglione and his colleagues, including the study’s first author Antonius Wiehler, wanted to understand what mental fatigue is. Why can a computer work without pauses and the brain can’t? To try to provide an answer, they used magnetic resonance spectroscopy through the brains of two groups of people during a working day: some participants did mentally hard work, others did simpler tasks.

The accumulation of glutamate

Some signs of fatigue, including less dilation of the pupils, were only found in the intensively working group. The subjects showed a shift in their choices toward options that offered short-term rewards with little effort. Further, your glutamate levels in the prefrontal cortex of the brain were higher. According to the authors, the build-up of glutamate would make it more difficult to activate the prefrontal cortex, thus slowing down cognitive effort after a day’s work. “There is no way around this limitation of our brains – Pessiglione underlined – except to rest and sleep. It has been proven that glutamate is eliminated during sleepAccording to the researchers, the study could have a practical impact: monitoring the substances present in the prefrontal cortex could detect mental fatigue, to prevent the burnout (emotional and physical exhaustion). However, more studies will be needed to understand why the prefrontal cortex is particularly sensitive to glutamate accumulation.