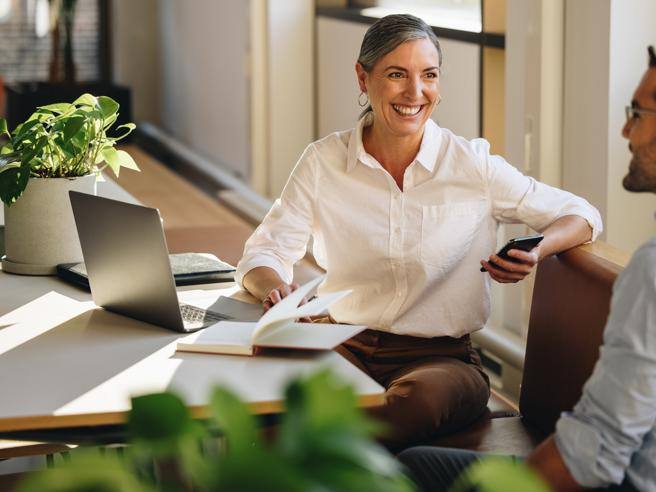 It’s never too late, not even for the brain and the
learn new skills. This is shown by a study of people over 50, conducted by researchers at the University of Bonn and published online in theEuropean journal of aging.

How often, even on the part of companies, education is in revolt only for the youngest? The calculation underlying the exclusion of certain age groups is that the efficiency and stress tolerance of older people is constantly decreasing. The widely held idea is that after a certain age the brain “performs” less and is unwilling to learn new thingsa prejudice that can psychological weighing even in people who are no longer young: if the will is there, however, scientists have shown how to improve mental performance, self-confidence, psychological resilience and well-being, especially among the generation over 50.

How the investigation took place

The study in question involved more than 800 participants over the age of 50 in the “Learning in everyday work” project, which explored the impact of certain practice sessions about mental speed and concentration, perception of own skills, self-efficacy and stress management in the years 2013 to 2019. The complete training consisted of five modules that were two and a half hours a week for 15 weeks: During the competency training, the participants visualized the professional skills and strengths they have acquired throughout their lives. Stress management training was about finding individual strategies to deal with stressful situations. Memory strategies were part of another module. Coordination exercises for activation and relaxation exercises to increase strength in daily life completed the program. The control group received no training.

Immediately after the training after another 6 monthsthe team evaluated the effects with questionnaires and tests. The results showed statistically very significant improvements. For example, the participants’ information processing speed increased on average from 2.42 bits per second before training to 2.65 bits per second six months later. In contrast, the control group had changed little. The training group’s self-assessment of inner peace also showed an increase from 4.75 to 5.28 on a scale of 1 to 9. The propensity to give up on failure decreased from 5.12 to 4.53. A post-participation survey found that over 97% of participants would recommend the training to others.

The fear of executives that older professionals can no longer keep up with technological innovations would therefore be unmotivated: “In the world of work, for a long time, employees often did not get opportunities further education after the age of 45,” reports Professor Una Röhr-Sendlmeier from the Department of Developmental and Educational Psychology at the University of Bonn. “It was believed that such an investment would not be worth it, but it has been contradicted by the results of research in developmental psychology showing that thelifelong learning it is generally quite possible’.

In Italy, more than 25 million people are overweight or obese: the report

Alzheimer’s and Parkinson’s may have a common origin: study