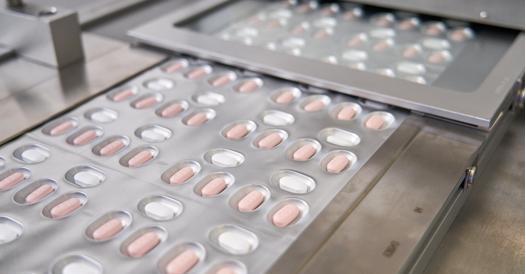 In rare cases, patients in the early stages of Covid may be treated with:antiviral from Pfizer Paxlovid can have one disease relapse shortly after healing.

Who uses the Paxlovid

The phenomenon is observed in a limited number of treated patients and with recurrences of different contours: the symptoms in the “rebound” of the disease may be worse, less severe or similar to those experienced before taking the drug.
In Italy, the Medicines Agency (Aifa) has also recently given to: general practitioners the ability to prescribe oral antivirals for Covid, including Paxlovid, which is recommended (with urgent approval) for anti-Covid therapy in adults who do not need extra oxygen e have an increased risk of serious illness Paxlovid should be administered as soon as possible and in any case within 5 days of the onset of symptoms and the therapy lasts 5 days. Shortly after this lapse of time, the relapses occurred which also showed, with the tests, a return of positivity (in some cases with high viral load) after negativization during drug treatment.

Reported in 2% of people in the study

In fact, the scientific documentation on post-Paxlovid recurrence was already contained in Pfizer’s emergency use authorization application (obtained in Europe on Jan. 22): where it was stated that in the placebo-controlled clinical trial – which included 2,246 participants – “several seemed to have subjects a relapse of SARS-CoV-2 RNA levels around day 10 or day 14»After the start of treatment. Pfizer has provided the US NBC with figures for the total number of cases in the clinical trial, which were approximately 2% of the participants (compared to about 1.5% recurrences occurred in those who received placebo). It is not yet known whether the relapse rate exceeds this 2% in clinical practice, but scientists in the US (where the issue was raised) are urging federal agencies to clarify how patients and health professionals should respond to this possibility. react.

Should people who are re-positive or still experience symptoms isolate themselves? Are they contagious? dr. Paul Sax, an infectious disease specialist at Harvard Medical School, states in an April 25 blog post in the NEJM Journal Watch: “In my opinion, we should assume that people who experience a symptomatic relapse with a positive antigen test can pass the virus on to others » . Those experiencing a second phase of symptoms (and already considered vulnerable people) might think of a second course of treatment In the US, the federal drug agency, the FDA and Pfizer have made it clear that people with relapses are indeed eligible for the new treatment under the emergency approval that the pill has been given. A Pfizer spokesperson, Kit Longley, said the drugmaker is considering launching studies on Paxlovid treatments longer

The reasons for the relapses: hypotheses

But why does the relapse occur? The good news for now is that it seems it’s not a matter of “resistance” to the drug developed by the virus: there is nothing to notice. One of the hypotheses is one that hypothesizes that early suppression of the virus could: affect the response of the immune system infection, or the idea that some people do not absorb Paxlovid with the same effectiveness from others, or finally that the body could harbor the coronavirus in places that would be difficult for Paxlovid to access and after the interruption of treatment, the small reserves of the virus could trigger the relapse.
Meanwhile, monitoring is intensifying and the scientists hope that observational studies will also be conducted to evaluate the frequency of this relapse phenomenon. occurs in the real world