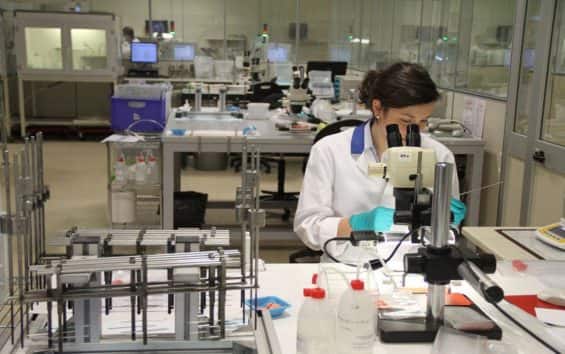 Tested on animal models by a team of researchers from the San Raffaele-Telethon Institute of Gene Therapy in Milan, it promises to increase the number of patients and diseases for which gene therapy could be a concrete option

A team of researchers from the San Raffaele-Telethon Institute of Gene Therapy in Milan has developed a new therapeutic protocol, currently experimental, that would make it possible to overcome one of the limits that hinder the use of stem cell transplantation for gene therapy. have to administer chemotherapy drugs before the correct version of their cells is re-administered to patients. As detailed in the pages of the specialist journal Cell, Sr-Tiget researchers have combined molecular approaches and innovative techniques based on messenger RNA, yielding a new “safer and less grueling protocol”, tested on animal models, that the public of patients and pathology for which gene therapy could be a concrete option.

“The results pave the way for therapeutic regimens that eliminate the need for chemotherapy or radiotherapy, thereby minimizing the short- and long-term side effects caused by the high toxicity of these treatments,” said Luigi Naldini, director of SR-Tiget and professor. of histology and gene and cellular therapy at the Vita-Salute San Raffaele University of Milan. Gene therapy consists of correcting the function of a defective gene in “sick” cells. Particularly in the context of hematologic diseases, hematopoietic stem cells are used from which all blood cells originate. Current protocols require these cells to be “released” from the bone marrow by pharmacological treatment (using a procedure called mobilization), then taken from the blood, corrected in the lab, and then transferred to the patient. Before the correct cells can be transplanted again, however, the patient must undergo chemotherapy or radiotherapy to eliminate the diseased stem cells and make way for new ones (conditioning). This passage, in addition to short-term and long-term side effects, limits the number of patients eligible for gene therapy.

The study in detail

The researchers were able to show that “the drugs used for mobilization — when used to maximize their effectiveness — can on their own create enough space in the bone marrow in a narrow time window that is needed for the implantation of the appropriate stem cells, without the need for the use of chemotherapy or radiotherapy regimens,” explained study first author Attya Omer Javed. To do this, messenger RNA technology was also used to improve the ability of the right stem cells to take root in the marrow.
If the effectiveness of this strategy in humans were confirmed, “it could be effective for the treatment of many genetic diseases, from primary immune deficiencies to hereditary anemias and storage diseases, opening up new possibilities for modern gene and cell therapy techniques,” concluded Naldini. .

Waves, seasons and variants Covid: is the virus adapting to a predictable pattern?

Covid vaccine: bivalent for fourth dose up to 12 years on request