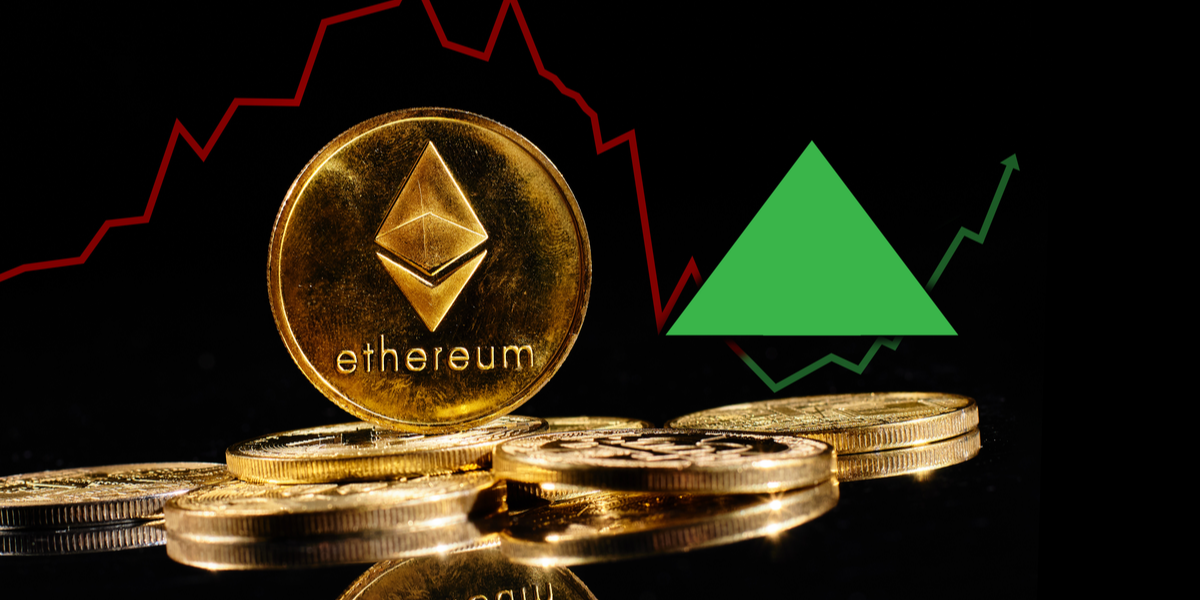 Ben
I am Ben Stock, a highly experienced news writer with several years of experience in the industry. I currently work for The News Dept as an author, where I specialize in market-related stories. My passion and expertise lies in providing readers with accurate and up-to-date information on the latest financial developments from around the world. I have been recognized for my clear writing style and ability to explain complex topics in simple terms that even those new to financial markets can understand.My research skills are unparalleled when it comes to uncovering data points and trends concerning stocks, bonds, currencies and other assets that could affect global markets.
- Advertisement -

Ethereum is the most well-known altcoin, and it is more than just another cryptocurrency for many investors and enthusiasts. And according to experts, its value can increase by 400% by 2022.

Ethereum’s native token, Ether (ETH) has grown exponentially in value since its inception. Launched in 2015 by computer programmer Vitalik Buterin, Ether’s price has risen from $0.311 when it launched in 2015 to around $4,800 at its peak last year – with plenty of volatility along the way.

Even the price of Ether has experienced big swings recently, it still represents a lifetime return on investment (ROI) of more than 700,000% at the time of writing. A differentiator for Ethereum – unlike Bitcoin and other cryptocurrencies – is its usefulness as a software network that allows developers to build and enable new tools, applications and NFTs.

The blockchain-based software network has many uses and applications in the world of technology, including games, music, entertainment, and decentralized finance (DeFi) – making it one of the most popular and most used cryptos of the last year.

At an annual rate, Ether’s ROI is nearly 300%. This means that early investors have nearly quadrupled their investment every year since the summer of 2014. Cryptocurrency prices are notoriously volatile, however, financial experts say only invest what what you can afford to lose, and never at the expense of key goals like emergency savings and paying off high-interest debt.

How high do experts expect the price of Ether to rise? Here is an overview of the factors that contribute to moodiness of Ethereum’s price, but also its climb, and what experts predict for this year.

We asked three experts how high they see Ethereum going this year, and each qualified their predictions by saying that it’s nearly impossible to predict Ethereum’s future price. And other experts say the price of ETH will be even more volatile than Bitcoin in the coming months, largely because Ethereum upgrades its technology to a less power-hungry version that insiders call it colloquially “Ethereum 2.0”. Ethereum upgrades could make it more attractive and durable for widespread use, but in the meantime, experts are waiting to see how investors and companies developing their technology on the Ethereum platform respond to the change.

Considering these factors, here are some predictions on what to expect from the price of Ethereum this year:

Financial planners suggest investing only 1-5% of your total portfolio in crypto. Despite its growing popularity, the cryptocurrency market is highly volatile and prices can change rapidly overnight.

Despite the difficulty of predicting the price of a volatile cryptocurrency, experts we spoke to generally agree that ETH could cross the $4,000 mark again in 2022. And a recent Ethereum prediction by Bloomberg analyst Mike McGlone predicts that Ethereum will end the year between $4,000 and $4,500.

Also read Ethereum Merge: Should You Buy ETH Before The Merge Goes Out?

But how far can he get there? This will depend on several factors that may contribute to its long-term value.

Cryptocurrency news site Coinpedia predicted that ETH could end 2022 in the $6,500-7,500 range if the same bullish run that started in mid-2021 continues. However, the year 2022 has brought a bearish pullback to the cryptocurrency market , making it clear that the price of Ethereum will not rise on sentiment alone. The blockchain now faces significant competition from similar platforms filling its gaps as the Ethereum team works to transition to its second generation updates.

“Ethereum is the only show in town,” said Henri Arslanian, global head of cryptocurrencies at professional services firm PwC, in a post on the Jan. 12 episode of CoinDesk’s First Mover. But for Ether’s price to continue to rise, investors will need to see improved demand and functionality.

“I believe that Ethereum can reach $8,000,” Ian Balina, an investor and founder of cryptocurrency research and media company Token Metrics, told NextAdvisor. “Ethereum is the clear leader, but other blockchains onboard new users at a faster rate due to Ethereum’s high gas fee and low transaction speed. »

Coinpedia predicts a higher price of $12,962.33 in 2022 if the upcoming transition of Ethereum to Ethereum 2.0 is successful. The new upgrades could potentially make Ethereum more affordable for users to mint and build products, as currently Ethereum usage service fees are notoriously high.

The future of Ethereum

Despite competition from Ethereum and other factors contributing to its continued volatility, there is a general sense of optimism that the original smart contract blockchain will survive this trying time.

“Ethereum owns more than 90% of the NFT market,” Arslanian said. “This is going to be a very important year for Ethereum, kind of a breakthrough year. »

There are good reasons to expect a quick rebound from the current Ethereum crisis, Zannos told NextAdvisor.

“What I think Ethereum has is this community momentum that allows a bunch of really smart people to create change and see new opportunities,” Zannos said. “In general, my optimism has to do with the versatility of what you can do with Ethereum. »

I am Ben Stock, a highly experienced news writer with several years of experience in the industry. I currently work for The News Dept as an author, where I specialize in market-related stories. My passion and expertise lies in providing readers with accurate and up-to-date information on the latest financial developments from around the world. I have been recognized for my clear writing style and ability to explain complex topics in simple terms that even those new to financial markets can understand.

My research skills are unparalleled when it comes to uncovering data points and trends concerning stocks, bonds, currencies and other assets that could affect global markets.

Good news: Why will the future creation of Solana Labs increase the price of SOL?