Conte-Draghi, An Hour at Palazzo Chigi: The Nine Requests to the Prime Minister 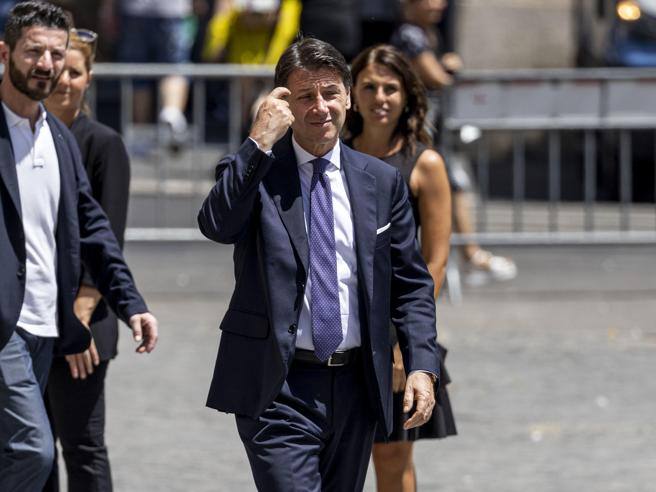 A true ultimatum or a penultimate one? Here’s the riddle that’s troubling MPs of every color after the interview between Mario Draghi and Giuseppe Conte The government continues (for now), but no one in between House and Senate can predict until when. The clarification has begun, but is not yet over. In a few days, the prime minister will receive his predecessor again, and meanwhile, the allies adversaries are unleashed with jealousy, stumbling and resentment. “Surreal day, so much commotion about nothing”, is the comment of Giovanni Toti. And Antonio Tajani: “The vagaries of the M5S are causing enormous damage to the country.”

The longest and most hectic day of the National Unity executive begins a few minutes before noon, when Giuseppe Conte enters through the door via di Campo Marzio and rides the few hundred meters that separate the movement’s headquarters from Palazzo chigi. With parliamentary groups in chaos and much of the grassroots pushing to leave the government, the former prime minister is nervous and plagued with doubts: the sense of responsibility and institutional experience at the helm of the country lead him not to crack, but the M5S wants opposition and Conte is forced to keep his hands free. To Draghi, the leader of what was (before the split) the largest parliamentary power of the majority, brought a document in nine points. Nine poles, nine flags to be firmly fixed in the field of national unity. If the prime minister does not answer the merits of the problems in July, the contiani could really leave the government. “No blank bills – is the warning of the former tenant of Palazzo Chigi – The future of our collaboration is in the answers we will have”.

The confrontation lasts an hour and a little more and it is not a confrontation, Conte explains and Draghi listens, only to let people know that the meeting was “positive and collaborative”. Then the challenger descends to Piazza Colonna and makes his way among the dozens of journalists, TV operators and photographers waiting for him in the sun. He lowers a microphone, raises his voice on demand for all to hear and confirms, in summary, what he said to the Prime Minister: “There is great concern in the M5S about the harmful attacks on us We remain in government, but we need a strong sign of discontinuity ». So Draghi’s ship goes on, but the waters remain stormy, because shortly afterwards, in the chambers of Campo Marzio, Conte will say that “he has given no reassurance” to the prime minister.

Yet Draghi is not dissatisfied, for him it even went well face to face. According to the president’s staff, “the talk was positive and collaborative” and Conte raised “many issues consistent with the government’s actions”. Distilled words to soothe souls, such as Palazzo Chicago trying to do it for days, even on the troubled iter of measures. The aid decree, which the Contiani fought against as the government tried every possible mediation, will be passed with confidence in the House today. The M5S will pinch its nose and vote for it, but on Monday, at the time of the decree vote, Conte’s deputies should resign And what happens in the Senate, where the confidence vote is no different from that on the decree? “We’ll decide, you’ll know soon.” If the President of the Movement has not yet burned his bridges, it is because yesterday morning the National Council expressed its wish not to break up. But time is everything, in this creeping and permanent election campaign that pits some parties against each other while simultaneously keeping them with one foot in government and the other out. Conte is clear about the time factor and sets his timer: “We are waiting for clear and decisive answers from Draghi Not in the morning, as they require evaluations and weighing. But they should arrive in July. Of course, they cannot be postponed until after the summer, because there is a rush in the country ».

The urgency concerns the fear of Italians because of price increases and work, but it also concerns the concerns of the 5 stars, those tangible signs of openness and respect from Draghi. want Meanwhile, the method, because Conte asks that the control rooms come back and that the measures are not put on the table of the Council of Ministers at the last minute. Then the anger at the split and the “bewilderment” that the leader represented to the Prime Minister, to the words of… Luigi Di Maio
: «He went to all the news to declare that the M5S attacked national security and Draghi did not have time to recall his minister who discredited us». In short, the clarification was also a bit of an outlet. Draghi again had to deny that he had ever asked Grillo to remove his interlocutor and that he had “plodded” to favor the split. As for the merits, it’s all written in black and white in the nine-point letter that Conte, after paying tribute to a very quiet Draghi, has published (in full) on the M5S website. The document lists the citizenship income, the tax wedge, the expensive bills, support for middle incomes, the ecological transition, cutting the tax wedge. There is a minimum wage and Beppe Grillo waves the banner on his blog: “We need a law now to reduce inequalities and fight insecurity.” And of course there is the super bonus (“To solve the blockage in the allocation of credits”), over which Palazzo Chigi has been mediating for days without finding a solution that is also good for the other parties. The M5S invokes a budget gap to deal with an “extraordinary crisis” and proposes the installment payment of the tax bills, a subject dear to Salvini and so much like an amnesty.

In the evening, Conte dusts off the streaming to speak more on his base than to the MPs gathered in the meeting. New swirl of views: “Government aid is never assured,” clarifies the former prime minister. And he attacks: “We are not prepared to hold the key in the hands of the big center and the right that wants to reduce the citizenship income of 3 million poor people.” The wind of the election campaign is blowing stronger and stronger.

US congressional delegation to Taiwan less than two weeks after Nancy Pelosi’s visit.

Russia and North Korea, Kenya, Mexico: news of the night

New details on the life of Hadi Matar, accused of stabbing writer Salman Rushdie in his mother tongue