Di Maio, two hours at Sala’s home: “We have many common ideas” 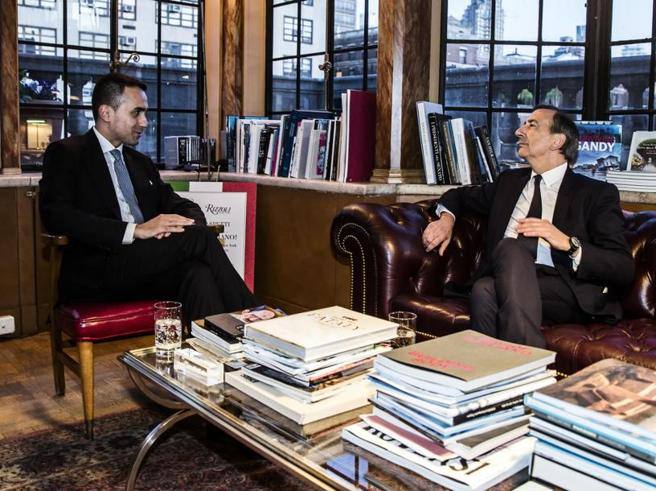 The strange couple. Beppe Sala and Luigi Di Maio, the mayor and the minister The face-to-face meeting had to be kept secret, as the location of the rendezvous of the mayor’s private residence was chosen, on a secluded street in the heart of Milan. Mouths also sewn at the end of the interview, which then lasted almost two hours. The Minister is on tour to gather outstanding sponsors around the new political entity born from the split of M5s
and in the coming weeks he will be seeing other local drivers across Italy. But Milan was considered a landmark, almost the central field of the challenge just launched, because Sala, who also reiterates that he wants to remain mayor, was identified from the first minute as one of the possible protagonists of the new Liberal Reformist proposal. On his birthday, returning to Rome after the two-hour Milan interview, Di Maio will confide his satisfaction: «The meeting went very well, Beppe is a dear figure. We have a lot of common ideas and for this we will move forward in small steps for this project that needs to aggregate. To do this, we need to refine the themes and new ideas. We will certainly have constant contacts and will meet again in the coming weeks ».

Sala and Di Maio now judge each other. But that wasn’t always the case. A few years ago, the notes between the two were anything but flute. «Do the shops close on Sundays? They did it in Avellino, here in Milan they don’t break our balls,” the mayor replied to the then Deputy Prime Minister Grillino. It was November 2018. Then the slow thaw. The two met in New York last May. “Pleasant exchange of views. Agree on the necessary and important synergy between all institutional levels,” said Di Maio. On the eve of the ballots, Sala instead commented on the splitting the M5S initiated by the Minister of Foreign Affairs. “Among the young politicians, he is someone who has grown up, has found his way, I look at him closely. People should not only be judged by the past, but also by their potential ». After the conversation with Di Maio, Benedetto Della Vedova then appears at the mayor’s house. However, Più Europa’s secretary (and undersecretary of foreign affairs) swears that he is far from the minister’s political trajectory. “We go our separate ways with Emma Bonino and Carlo Calenda” And Sala? “He is an excellent mayor of this city right now.” The former Expo manager is the possible director of a new force far from populism, with a liberal-democratic approach, combining civil rights and social issues and putting environmental challenges at the center. The intentions were reaffirmed a few days ago: «I am the mayor of Milan and I will continue to play this role. Politics is my life now and it certainly will be in the future. That’s why I talk to everyone and I’m interested in the future of my country ».

However, the federator’s life continues. It escapes me how Sala could think that a tandem with Di Maio will bring any benefit to the country The center as a repository for all transformations is not a political project but a job center. Of those managed by the navigators », Carlo Calenda sculpted, immediately after the news of the face to face of the strange couple.

US congressional delegation to Taiwan less than two weeks after Nancy Pelosi’s visit.

Russia and North Korea, Kenya, Mexico: news of the night