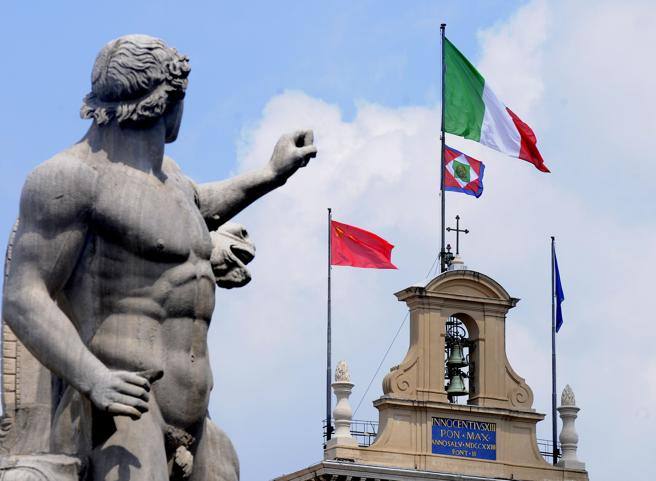 “Direct Election of the President of the Republic”. Thus reads the first point of the third chapter of the centre-right proposals for the Policy from 25 Sept. The three leaders of the coalition Giorgia Meloni, Matteo Salvini and Silvio Berlusconi strive for a reform of the constitution that overcomes the parliamentary republic – “Sovereignty belongs to the people”, says Article 1 of the Charter, which expresses its will by choose — and consider a presidential republic instead. A proposal that – thanks to the words of the leader of Forza Italia (for Berlusconi “with the presidentialism that Sergio Mattarella must resign”) – has already sparked political controversy. But what exactly is presidentialism and what would it mean for Italy?

Follow the latest news on political players, parties and opinion polls in our 2022 Election Special

The shape of government

The presidential republic, or presidentialism, is a form of government in which executive power is concentrated in the figure of the president who both the head of state and the head of government: a figure directly elected by the citizens who has the task of forming the government. As head of state, the president does not need a parliamentary vote of confidence because, having already obtained the vote of the majority of the citizens, he does not need the legitimacy of their representatives. The countries with a presidential republic include the United States, Argentina, Chile, Brazil, Mexico, Uruguay, Costa Rica and South Korea. The Italian Republic, on the other hand, is parliamentary (like, for example, Germany, Greece, Ireland or Finland): it therefore provides the centrality of the two chambers elected by the citizens. In turn, the deputies and senators elect the president of the republic, who then assigns the task of forming the government to an appointed prime minister. If the prime minister succeeds in forming the government, he must necessarily gain the trust of the two chambers of parliament. In parliamentary republicunlike the presidential one, the president of the republic, not elected by the people, is one warranty rating.

The role of the chairman

As for the election of offices, in the presidential republic there are two separate elections and universal suffrage: one vote to elect the president and one vote to elect the parliament. Because of this, there can be instances where the majority of the Houses do not coincide with the president’s party, creating a greater separation of powers. The president freely chooses the ministers, secretaries and names of the members of his cabinet. For example, France is a semi-presidential republic: executive power is shared between the president of the republic and the prime minister. The first is directly elected by the people in two rounds and appoints the second based on the results of the ballot box. In France, in fact, separate elections are held to choose the two offices and therefore it is possible to live together between a chairman of a party and an opposing majority (the latter case occurred between the neo-galist president Jacques Chirac and the socialist prime minister Lionel Jospin from 1997 to 2002).

The idea of ​​moving towards presidentialism was already contained in the bill submitted onAugust 11, 2018 from Brothers of Italy in the House and Senate. The amendments to the second part of the Constitution, which the initiative hoped to sign Giorgia Melonicwould shape “French” semi-presidentialism, if the figure of the prime minister and the function, characteristic of the chambers, of denouncing confidence in the government remain. A completely different form of government than presidentialism – inspired by the American model – put in black and white in the program of the center-right coalition. Today, under the provisions of the Constitution, every seven years a citizen who has attained the age of 50 and enjoys civil and political rights can be elected President of the Republic. In the FdI constitutional proposal, the head of state “Represents the unity of the nation”, from which it guarantees “independence”, ed he has been chosen “for five years” by universal and direct suffrage. The required personal limit drops to «forty years old“.

According to the provisions of art. 3 of the proposed law, it would be: the president of the Senate to call the elections.

Nominations can be submitted “by a parliamentary group present in at least one of the chambers or by 200,000 voters, or by deputies and senators, Members of the European Parliament, regional councilors, presidents of regional councils or mayors”. The candidate who got it would be chosen 50% plus one of the votes “Valuely expressed” in the first round or vote. Based on the 2018 draft, the president of the republic – who today represents a guarantee figure – would continue to chair “the legally established Supreme Council of Foreign Policy and Defense” and still command the armed forces. It would retain the power to dissolve the Chambers, but he would no longer preside over the Supreme Council of the Judiciary, a task assigned to the first president of the Court of Cassation. The head of state is also in charge of the authority to “represent Italy at international and European level”.

But to undergo substantial changes, the figure of: Prime Minister: “the President of the Republic – it has been read – directs the general policy of the government and is responsible for it. It maintains the unity of political and administrative leadership, promotes and coordinates the activity of the ministers, with the help of the Prime Minister ». The setting of the «constructive mistrust», allowing one of the two chambers to determine the fall of an executive, but only by indicating the name of the future prime minister.

l’article 138 of the Constitution describes the “aggravating procedure”, a process that is very different from what is envisaged for ordinary laws. “The constitutional revision laws and the other constitutional laws – we read – are passed by each House with two successive resolutions at an interval of not less than three months, and are passed by an absolute majority of the members.” The procedure may be subject to further verification, as specified in the same article: “The laws themselves are subject to” popular referendum when, within three months of their publication, one-fifth of the members of a Chamber or five hundred thousand voters or five Regional Councils so request”

The possibility of invoking the referendum would not arise if the law were passed “on the second ballot by each of the Houses by a two-thirds majority of its members”. According to the polls from the past few days
the chances that the center right win the elections of 25th of September they are tall. There are also those who fear the hypothesis that the coalition, which sees united, FdI, FI And League,
two-thirds of the total number of seats. If this were the case, the alliance could prevent the constitutional reform from being subject to referendum verification. But these are pure conjectures, to which not even the senator of the Brothers of Italy Ignazio La Russa attaches any weight: “I don’t think we’ll have two-thirds of parliamentarians – he said in response to Ansa – I believe that 99% of the last word on the reforms will be with the citizens ».

Advantages and disadvantages of the presidential system

Among the strengths of the presidential republic cited by the constitutionalists, there is precisely the “maximum legitimacy” recognized by the president thanks to popular elections. Other benefits include strengthening the separation of powers and the independence of parliament: the president and the chambers are elected in different elections and neither can interfere with the other; Moreover, Parliament is not dependent on the majority party in the Legislative Chamber. However, among the drawbacks often cited by constitutionalists, political instability always comes first, exemplified by the situations of tensions and coups that have taken place in Latin American countries. Another drawback was reported, the lack of pluralism: in the presidential republics the tendency towards duality is very pronounced.

Share
Facebook
Twitter
Pinterest
WhatsApp
Previous articleZaporizhzhya seen by Nikopol: “Here we are on the brink of a new Chernobyl”. The Ghost of 1986 (and Plans to Evacuate)
Next articleCurrency for deposit: banks told how to get dollars through deposits