The Election Campaign and Blue Pencil Mistakes in Italy (and Abroad) 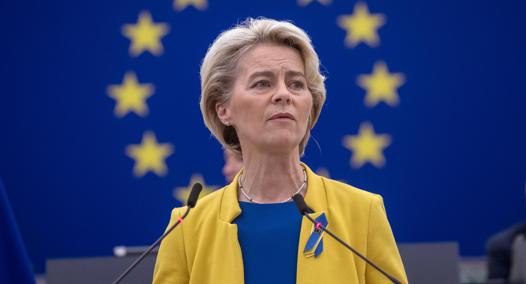 It was an ungrammatical election campaign, full of blue pencil mistakes.

In two months of demonstrations, party leaders and representatives of institutions, inside and outside the country’s borders, were involved in the sample of blunders and frantic clarifications.

It has been an anthology for the past few hours. In Rome, Berlusconi embarked on a mind-boggling reconstruction of the Ukrainian conflict, explaining that:
Putin only wanted to arrive in Kiev to “install a government of decent people in Zelensky’s place.” Except that he corrected himself the next day, saying that “as a journalist” he reported other people’s opinions, almost equal to those of the Russian ambassador.


In Brussels, as if the unusual interviews of members of the European Commission about the Italian elections weren’t enough, on the verge of interference, von der Leyen also dropped a sentence intended as a warning to Meloni and those who wanted to vote for it. Therefore, it was forced into a complicated statement, given the controversy that had been aroused. If the center-right candidate in Palazzo Chigi waited for clarification before obscuring von der Leyen’s words, it is because – as a director of FdI explains – “after September 25 the 26 will arrive. And it will be with the President of the Commission that we will have to deal with the NRP, the financial law, energy, immigration … ».


But that’s not the point. The theme is the disappearance of the forms that have always ruled

party and institutional relations in the election phase: it is as if the history book of politics has been lost. If not a phenomenon of recurrent illiteracy, it is at least the sign of a collective unpreparedness in the face of the rush to the polls. An event that has driven out (almost) everyone in Italy and Europe. This is the statement supported by Giorgetti, who as minister had received the major investment funds and told some League leaders how “no one estimated Draghi’s departure”: “They took an immutable fact for granted. And the government crisis, which suddenly took place, also caused a shock at the international level ».

At the national level, if possible, we have seen worse. In the After a few weeks, two alliances have blown to the left: the wide field (between Pd and M5S) and the narrower field (between Pd and Action), despite the fact that the agreement was made official. Letta, who at the time signed the agreement with only Bonelli and Fratoianni, hastened to warn that “I will not rule with them, however.” Calenda, after saying “never with Renzi” for a year, took a few hours to make a pact with Iv. Berlusconi had announced that the center-right would elect the prime minister “after the vote” except to backtrack on everything for Meloni’s response.

Also with regard to timing, which is an important factor in politics, we see a total detachment from the rules. In the Democratic Party, for example, Congress already opened before the polls closed: recently the secretary had just spoken out about the impossibility of restoring dialogue with M5S after the election, and the young Schlein – crowned by the Guardian as the rising star of the Democrats – gave an interview Republic to say that “we will have to talk to the grillini after the election”. The Meloni government has not yet been born and de Cavaliere yesterday for the second time threatened not to be part of it if there were “dystonia on Atlanticism”.

Even about international agreements, national politicians have managed to fool themselves. The day before yesterday, Defense Minister Guerini went to Zelensky to ensure that Italy “with whatever government” adheres to the pact with Kiev. The meeting did not end when the agencies defeated Berlusconi’s justifications about Putin and Conte’s attack on Draghi for “taking the wrong line of Washington and London in the conflict”. On the other hand, the former prime minister can prove him wrong in a few hours, if it is true that days ago he first showed himself “proud” of the advance of the Ukrainians against the Russians and then said he was against a new shipment of resistance weapons. .

Tomorrow we vote and in Rome (just like in Brussels) there is no time for an evening course in political grammar.

Il Corriere has a newsletter dedicated to the elections: it’s called Political Diary, it’s free and you can sign up here