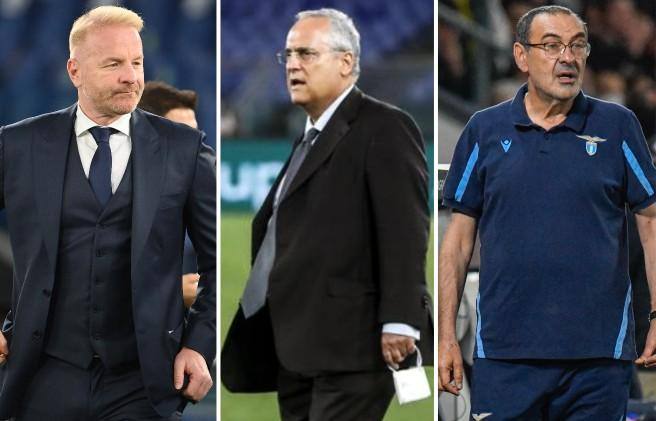 Between the crescendo end of last season and the turbulent start of the next, home Lazio, it seems like an eternity has passed. For the biancoceleste club, the time for the usual retreat in Auronzo di Cadore is approaching, this time with some insecurity Lake. If a year ago Simone Inzaghi’s unexpected farewell had caused the environment to condense around the newcomer, Maurizio Sarri, today, a day after the start of the retreat, there is a different atmosphere.

The strength of Lazio in recent years has undoubtedly been the solidity of the company. The couple consisting of Tarra and Lotito he worked in synergy season after season and managed to build competitive teams without exorbitant costs. However, something seems to be cracking in the relationship between the two. After 13 years side by side, rumors of a crisis between Tare and Lotito are becoming persistent.

Everything was born from the presentation event of the shirts for the 2022/2023 season. Of course, the highest representatives of management were also present, who were immortalized at the end of the evening in the middle of a heated discussion. From simple images one can only try to deduce, but the rumors of it crisis between the president of Lazio and his right arm are becoming more and more intractable. One of the reasons that led to the misunderstandings would also be Lotito’s desire to bring into society Fabianic, former sporting director of Salernitana. An entrance Tare wouldn’t be happy with. This is where the image begins to take shape. After so many years of coexistence, the unity of purpose shown in recent seasons seems to be no more and some voices would even like to say goodbye to the ds at the end of the season. And in all this, not even Maurizio could be seen at the presentation of the shirts Sarric The reason must be found in the approaching departure for the retreat for which the coach prepares. Hypothesis of a crisis between Sarri and the company a few weeks after the renewal is difficult. What is certain is that Lazio does not yet have a starting goalkeeper and that the coach needs other additions. To be competitive in the Champions League, you need more.

In the evening however, the company released a note: in which he reiterated “that the director enjoys the attention and trust of the club and its president. He will continue to play the role of sporting director of the first team, as he has always done, while Angelo Fabiani’s entry will focus on managing the first women’s team, the women’s and men’s spring”.