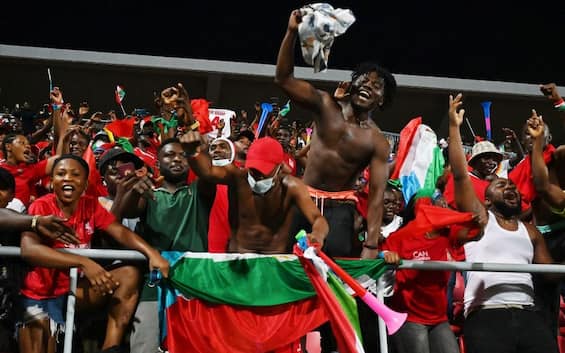 The play-offs for entry to the first division of the national championship ended 91 to 1 and 95 to 0. Immediate cancellation of the results by the Federation: “Too bad”

Nearly 200 goals in just 180 minutes. It is the surreal result of two football matches played in Sierra Leone last Sunday. The challenges, valid for entry into the first division of the local national championship, saw Gulf FC and Koquima Lebanon on one side and Kahunla Rangers and Lumbebu United on the other: the first finished 91-1, the second was stopped on 95 -0. Both challenges were canceled for manipulation, despite those involved saying they knew nothing about it.

A twist that hung in the air

In the intermission of games, which were played simultaneously, the Gulf already won 7-1 while the Kahunla Rangers defeated their opponents by only two goals. On resumption, however, both games took a strange turn: Rangers started to score freely and reached a partial 30-goal to nil, thus moving the Gulf colleagues, who were constantly informed of their result, to take advantage of the complicity of the opponents to do the same. A result that hung in the air from the first minutes of play, so much so that during the break one of the two umpires refused to continue playing and was replaced by an assistant.

Play-off at the last goal

The Kahunla Rangers and Gulf FC had finished second on the final day of play of the Eastern Division of the Super 10 Championship. Second place, determined by best goal difference in the event of a final draw, would have enabled the better of the two to progress into the play-offs for promotion to the Premier League. Hence the successful attempt to change the result of the respective matches. The BBC’s African section gathered some comments from interested parties. The president of the federation of Sierra Leone, who canceled the results and opened an investigation, said that “such an embarrassing situation will not go unpunished” and that those responsible “will be handed over to the country’s anti-corruption commission”.

The Kahunla Rangers general manager apologized to “fans across the country”, while the 95-0 defeated opponents said he was unaware of any manipulation, despite having replaced the absent manager on the sidelines. for unknown reasons.

Share
Facebook
Twitter
Pinterest
WhatsApp
Previous articleThe only child: the decision of the authorities to steal the child caused a scandal in China
Next article“It was terrible”. Dakota Johnson talks about filming ’50 Shades of Grey’