Wimbledon, a coach takes away 27 yogurt. The Tournament: “Don’t Overdo the Food” 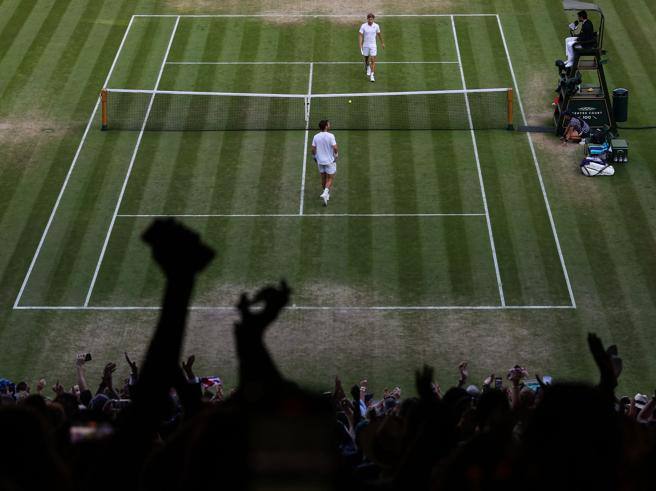 Crowned heads, even the queen elizabeth (last spotted in Church Road twelve years ago, shaking hands with Roger Federer, ran in 2010), several vippame, field invaders, even a mouse interrupting a match between Kafelnikov and Philippoussis, before the eagle Rufus was hired to hunt birds and insects keep out of the All England Club.

From 1877 to today, in 145 glorious years of history, Wimbledon believed it had seen – more or less – them all. But the coach of a player who puts him in his backpack 27 packs of yogurt, stolen from the players’ restaurant, then goes into hiding and managed to leave the organizers speechless. In England of rules (there are not only in terms of pandemics: here the masks are an archaeological find), in the circle of traditions, even the Wimbledon restaurant has its canons: £90 a day for the players, 45 for the coaches, are the daily budget each cast member has available from the leaderboards. The amount is electronically loaded into the badge, to be deducted at each meal. With inflation galloping and prices soaring, complicit in pandemics, war and Brexit (the beloved Pimms went from £8.30 to £9.45 a glass), the organizers of the world’s most prestigious tournament believed they had quenched the protagonists’ hunger. .

But when a coach slipped 27 jars of yogurt probiotic in the bag, the club was forced to send an email to tennis players and coaches: be sensible, please, food should not be wasted or accumulated. It is also not fair to shop before going home with the money made available by the tournament. god save the queen and the All England Club’s food supplies five days before Sunday’s grand final. Two cafes, two sandwich bars and two restaurants are the tournament’s supply points: now staffed by the British secret services (or almost).

Filippo Tortu: “The Europeans on the Mennea track: the 200 meters have never been so open”