Filippo Tortu: “The Europeans on the Mennea track: the 200 meters have never been so open” 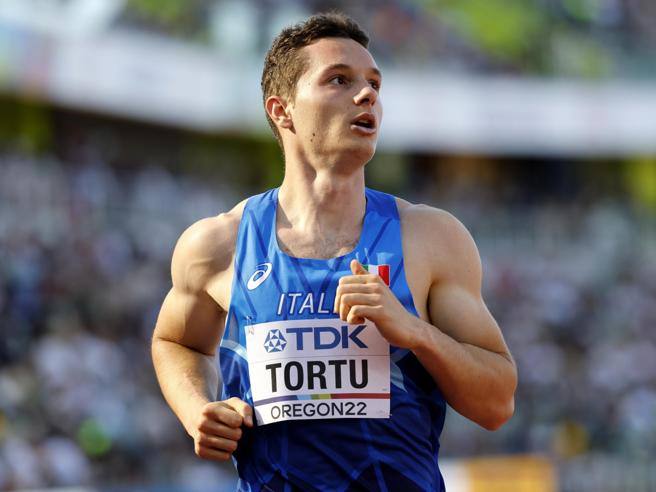 Of the 98 blues of celestini’s company at the European Championship (“Here in Germany, less than 24 months from the 2024 Games in Paris, a fundamental period of two years for our athletics begins”, the director Antonio La Torre reminds us , and justified the monster expedition), Filippo Tortu is the man of the half lap of the track. Fresh off a bittersweet World Cup, Piè Veloce is one of (at least) 12 medals that President Stefano Mei hopes (“I dream of matching Split ’90, but if more come, I’m not complaining”) to consolidate The role of Italy on the continent.

Filippo, what did Eugene carry in his suitcase, besides the three thousandths too many that kept him out of the 200m final?
“A different mentality and more self-confidence. I consider the one in Oregon to be a better World Championship than 2019 Doha, where I also made a historic 100th final. ) and my career best race over 200 ».

Did you understand those 3 thousandths where you left them?
“At no specific point on the track. I ran well, maybe a bit sitting in the final because I had the last lap in my legs. Smiling I said to my father: now I know how opponents feel when they fight against me. I am referring to the thousandth thank you with which I qualified for the sprint final in Doha and the hundredth that brought us Olympic gold in the 4x100m. It all came back to Eugene. That’s okay: it’s sport ».

La Torre called the 4×100 (remodeled due to Jacobs’ injury) a failure. Was he exaggerating?
“No. In Eugene’s relay, as champion of Tokyo, everything went wrong: we were not good at managing the changes, I walked too slowly on a stage I had never experienced before, with the concern to pass the baton, no We all hope that here in Monaco in the second stage is Marcell ».

Jacobs, here. He is molded, healed. What do you know 4×100 blues?
“Little or nothing actually. In Eugene we were together a lot but after the World Cup we didn’t hear from each other anymore. Each prepared the European on his own. Tomorrow, with the 100, we will understand ».

What do you expect after Eugene’s supersonic semi-lap (gold Lyles in 19”31), what do you expect from the European 200?
“The level has also risen in Europe: two athletes (the young Israeli Afrifah, gold under 20 in 19” 96, and the French Zeze, 19 “97, ed) have dropped below 20″ and I, little spoiler, am not one of them. Mitchell-Blake, old acquaintance from Tokyo (he was the last 4×100 relay runner, defeated by Tortu ed) ran in 20” 05, then I’m in the continental rankings. And I don’t forget the Turkish Guliyev, reigning champion, who knows how to run and win. I expect a very open race: we have never started as evenly as this year ».

Totem Michael Johnson, interviewed with Eugene from Couriersays it’s time for Tortu to get under 20″: How far away or close do you feel?
“I agree. I feel almost 11 cents! No jokes: I’m not far away, that’s the real goal of the season. But for a European, the medal is the priority, regardless of the weather. If it’s paired went with a personal best, bingo ».

Monaco evokes dramatic Olympic memories, the attack of ’72, but also Mennea’s bronze in the 200. What does Mennea mean to you, while you have an elective affinity with Livio Berruti?
“I have two vague memories, both as a child and in Sardinia. Pietro at the Olbia field where I also trained with a view to Monaco and Pietro for dinner at our home. I was 7-8 years old, I was not aware of anything, almost not understanding who he was ».

No mention of the Munich blocks, so.
“The quote, for Berruti, I’ll save it for Rome 2024, the European home 64 years after the Olympic gold medal in Livio’s 200”.

Will he find time to go to 32 Connollystrasse, under the building where the Palestinian Black September terrorists took Israeli athletes hostage for the massacre?
“I don’t think so, unfortunately. I’m a big fan of the history of my sport, I’ve seen Spielberg’s “Munich”, I found videos about the ’72 Games. The will to hold an Olympics and to mark it forever is beyond my comprehension. A very low blow to a moment of worldwide sharing. They have stained something pure. But I don’t have time to go to Connollystrasse.”

Semi-finals of the 200 on Thursday (Tortu, like Jacobs in the 100, skips the heats thanks to the standings), final on Friday. The only way to create a happy memory of Munich is to win. The rook says that if Tortu makes a good turn…
“This is what I am for”.