Hamraoui case: ‘Diallo had her beaten, she googled how to break a knee’ 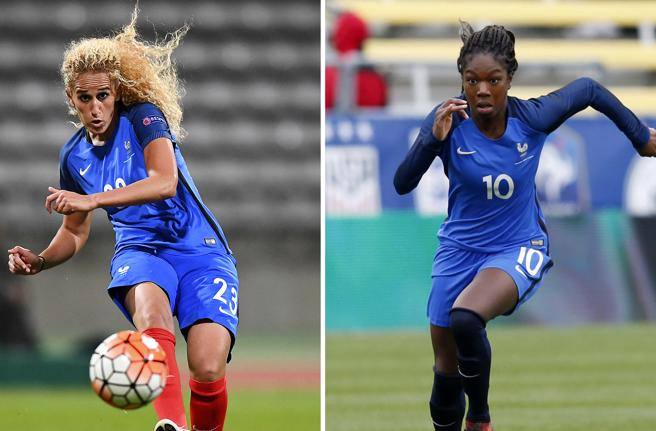 Things get complicated for Aminata Diallo, a former PSG player, was arrested Friday, September 16, for being believed to be the alleged instigator of the ambush against then-team-mate Kheira Hamraoui. The woman was attacked on the street in Chatou last November 4 and beaten with bars in her legs by hooded men. In front of diallo it is the second arrest, after the one (she was later released) in November 2021. She is back in the crosshairs of the investigators who have been investigating the relationship between the two athletes.

And now it’s the French newspaper Le Parisien
to reveal some rumours. In fact, in the research framework, a strong rivalry would have developed that would have led to a deep hatred. So much so that Diallo is said to have even told a friend about his intentions to make him pay Hamraoui somehow. “A slow psychological drive has become pathological, so to speak,” the police have reconstructed. In principle, a hatred matured in a context of sporting rivalry. And all of this, according to researchers, would explain the reasons why diallo he allegedly decided to have his teammate attack with iron bars: “He saw her as an obstacle to his career,” the agents essentially explain in a 37-page report.

It’s yet another twist on a complicated and mysterious story. But these are not the only novelties of the research. Other episodes are also popping up. Like what Diallo would have been looking for Google “how to break a kneecap” and “dangerous drug cocktail”»Before the attack on the teammate, planned later. Details emerged from some interceptions. In addition, three months before the attack on Hamraoui, Diallo had expressed “deep jealousy” and a sense of injustice in messages sent on WhatsApp and from the memory of his two phones that had been seized by the police. He specifically had the possibility that one of his relatives, nicknamed “Jaja”, would physically attack his rival: «If I was evil, jealous and calculating like her, I tell him ‘destroy it’ and he destroys it». It doesn’t end here. Because the detectives have put bugs in his apartment and in his car so they can hear dialogues where Diallo poured his hatred on Hamraoui. Finally, the report states that the suspect hired the four arrested men (three of whom were present at the scene) to carry out the attack on their 32-year-old companion. One of them, called “the little one”, admitted that they were hired in exchange for a compensation of 500 euros. A fifth person is still missing in the appeal, who should be the one who let the victim shoot. None of those arrested have so far declined to say their name, perhaps for fear of reprisals.

The midfielder – who left PSG at the end of last season – was questioned long after the attack. Of course he denied the allegations and… after the initial investigations she was apparently acquitted. However, the investigations certainly did not stop there. Indeed, they continued to make significant progress, until the arrest of the three men on September 14 and that of Diallo on Friday 16. The facts, as stated, date to November 4, 2021: after a group dinner by the team, the In a restaurant in the Bois de Boulogne, in fact, PSG boarded a car, driven by Aminata Diallo, with Sakina Karchaoui. After leaving the latter at her home in Chatou, two masked men arrived before departure who had pulled Hamraoui from the car and attacked her by beating her in the leg. “Two hooded strangers pulled me out of the car I was traveling in to beat me in the legs with iron bars. I cried out in pain », the story of Hamraoui. And again: «I tried to protect myself as much as possible. I have a very painful memory ».

The study also revealed the existence of a relationship between H.amraoui and Eric Abidal, former fullback and manager of the Barcelona
, which had led to the latter’s divorce. A news that made Hamraoui’s position in the team untenable, so much so that PSG informed her a few days ago that they had removed her from the squad.