Bonucci and the whistles to Donnarumma: ‘Whoever does this is brainless’ 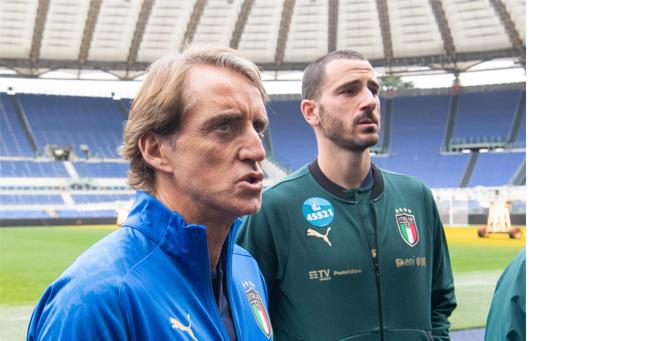 “It will be a tough game and not a foregone conclusion,” Roberto Mancini told the the eve of Italy-England, penultimate game of the Nations League group. A non-trivial challenge full of meanings in the year we don’t go to the World Cup. We can still win the group, but we can also finish last and relegated to League B. Presale is slow, more than 40 thousand tickets, the goal is 50 thousand spectators
. There are many unknowns: the strength of the young English, the absences that disadvantage the Azzurri, the fear of whistlesas happened to Donnarumma a year ago. Bonucci, the captain, goes into the tackle: “Whisting a national team player is for the brainless”. You can have all the disagreements you want, but that player represents Italy and also who whistles. Gigio wasn’t the first and he won’t be the last, it takes a cultural photo“.

Mancio is more diplomatic: «Football is emotion and sometimes a fan whistles because he feels betrayed. It can happen…”. The coach is much less so when he talks about excluded players and without naming names he launches his arrow: “You can’t come to the national team every other month.” Clean it up reference to Zaccagni and Lazzari

, who had left the group in June without apparently serious injuries. And who knows there is also a reference to Zaniolo

who called Mancini when he had less than a minute, but he is descended in his considerations.

Mancini wants to find enthusiasm in a depressed group because of the lack of qualification for the World Cup in Qatar: “We have tough months ahead of us and England are now physically better than us. We also have many absences. But there is a desire to do and the challenge with the British is a classic and something reminds us
“. It reminds us of the European final. Mancini lost to Tonali, which will not even be available for the second challenge, Monday in Budapest, and will return home. The form doubt is almost resolved in favor of the classic 4-3-3 with Gabbiadini in the trident along with Immobile and Raspadori. The alternative is 3-5-2 with Toloi in the defensive line and without the Sampdorian.