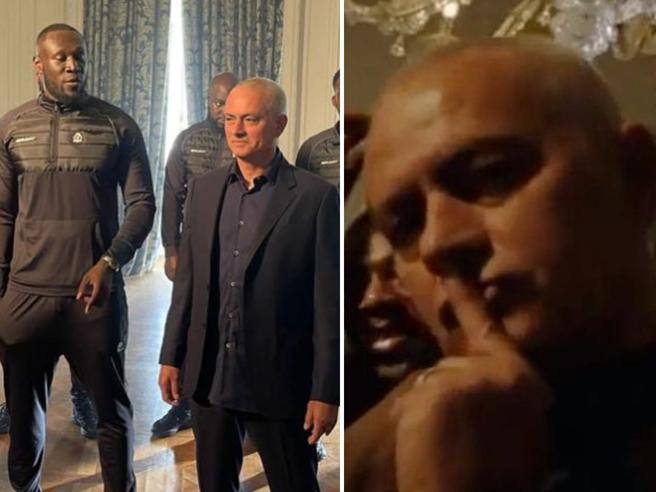 Jose Mourinho rapper version. The Roma coach has not changed jobs. He lent himself for a cameo in the latest music video by rapper Stormzy, a twenty-nine-year-old British recording artist, for the song “Mel Let Me Do It”. Strange faces, the finger to the mouth and a sentence that can be heard in the background around minute five: “I’d rather not speak, if I speak I’m in big trouble”, “I’d rather not talk, if I spoke I would have major problems.” These are the words Mou spoke in 2014, at the time of the second experience on the Chelsea bench, to referee Chris Foy for some controversial decisions.

They have become famous, so much so that Stormzy inserts them in his video in the part where the main character is Mourinho himself, framed by the camera as he recites his silence with his finger in front of his mouth and invites others to keep silent. He’s not ashamed, fits the role perfectly, he looks like a real rapper.

“It was a lot of fun making this cameo for Stormzy’s new music video, I really enjoyed it,” the Special One wrote in a post shared on Instagram.

Share
Facebook
Twitter
Pinterest
WhatsApp
Previous article
Pellegrini, the new life: “If my 200-style record falls, I don’t care anymore”
Next article
Nice example of Dutchman Van Vleuten: he wins the World Cup at the age of 40 with a broken elbow

Vlahovic and the night with Rajkovic’s wife: the scandal and the denial

Germany failed to qualify for the World Cup for the second time in a row.

I saw from Ukraine. Under a barrage of bombs, no negotiations

In China, the collective amnesia organized by the Communist Party is backfiring on him.

The EU has paid the price for its trust in Russia. And yet now he’s considering trusting China