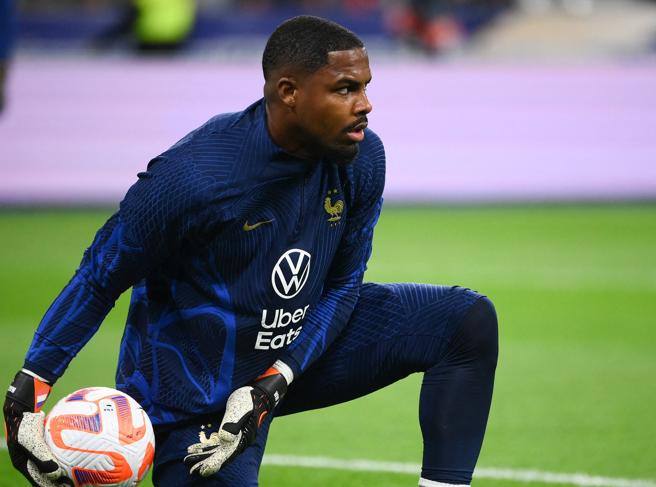 During the first stop of the season for the concerned national teams between Nations League and friendlies, the word stop may simply be synonymous with this break in the Championships or it may take on a completely different meaning. that of injury which can inevitably change the plans and strategies of the field upon return. This is the case with the
Milan

who now finds himself having to repair his number one injury,
Mike Maignan. The goalkeeper sustained a medial twin muscle injury in his left calf during the Nations League match between his France and Austria. Not good news for the Rossoneri, also given the retirement of Theo Hernandez (who had to return earlier than expected from France’s retirement), in view of the return of the Championship and especially the Champions League.

Pending to understand exactly how long Maignan will remain in the pits, Stefano Pioli, who graduated as Italian champion in May, will therefore be his starting goalkeeper for most of the next tour de force (8 games in October: three in the Cup and five in the league): Ciprian Tatarusanu is the name, but if there are no problems for the Championship to make this change, the situation will change for the Champions League. In fact, the Romanian goalkeeper was not included in the UEFA list by Milan on which Antonio Mirante appears along with the youngsters Lapo Nava (born 2004) and Andreas Jungdal (2002), both on list B. UEFA regulations provide a solution for the Rossoneri club, especially in Article 46.2. An injury or illness is considered long-term if it lasts at least 30 days from the day it started: the official regulation says.

There he is: “If the goalkeeper’s recovery is within 30 days, the player must remain on List A until the end of the relevant period. If the replaced goalkeeper is registered as a locally trained player, the new goalkeeper need not necessarily be a locally trained player.”. Translated: in the event of a long-term injury (i.e. of at least 30 days) and if there are no more than two goalkeepers on list A, there is a possibility that the injured player can be replaced. A temporary solution, a European-formed Tatarusanu, necessarily and for the right period to allow Maignan to fully recover.

Tatarusanu warms up his gloves, Milan has prepared the documentation to be handed over to UEFA by taking cover.
“The club must provide UEFA with the necessary medical certificates in one of the official languages. UEFA
– we are still reading about the official regulation –
may request further clinical examination of the goalkeeper through a UEFA-appointed specialist at the club’s expense. Once the injured or ill goalkeeper has recovered and can be deployed again, he may resume his position in the place of the chosen replacement. The change must be communicated to UEFA administration 24 hours before the next match in which the goalkeeper is to play“. No double challenge for Chelsea
so, but Maignan was already able to return for the return match against Dinamo Zagreb on October 25 and certainly for the last act of the group stage in San Siro against Salzburg (November 2). A longer break than expected, an unforeseen stop, but European Milan awaiting Maignan knows they can rely on Tatarusanu.

Alexander Shirko said that he enjoyed watching the fight between Zenit and Spartak.