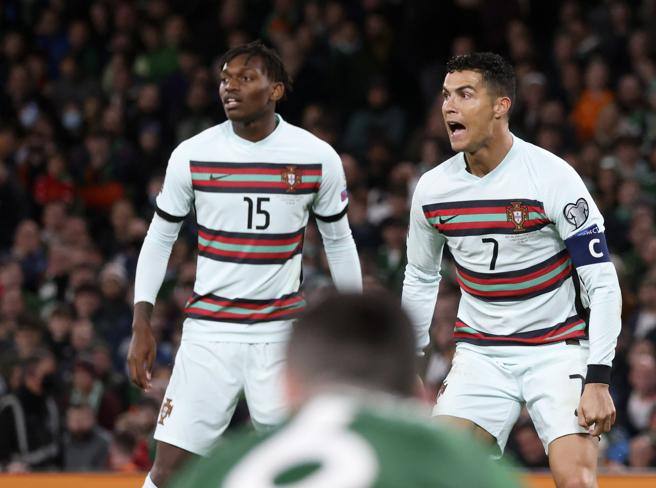 The fifth day of the Nations League groups continues. Today, Saturday September 24, it’s the turn of two big names: the Portugal by Cristiano Ronaldo and Rafael Leao and the Spain. Also on the field Swiss who last year mocked Italy in the World Qualifiers in Qatar 2022. Forcing the Azzurri to the playoffs, then beat North Macedonia in Palermo last March, resulting in elimination.

(8:45 p.m. on Sky Sport Uno and streaming on Now)
On the one hand, the Spain of coach Luis Enrique that wants to qualify for the Final Four; on the other, Switzerland, which wants to avoid relegation to League B. In the Nations League, the Red Furies are unbeaten: in four games they took two wins and two draws. Instead, after taking the pass for Qatar 2022, the Swiss were unable to repeat the performance of the previous months, winning just one success but losing the other three races. For Spain only one doubt: one between Sarabia and Asensio could play with Morata and Ferran Torres.

(8.45pm on Direct Goal by Sky Sport Football and streaming on Now)
Cristiano Ronaldo will try to forget his bad mood at Manchester United, as Rafael Leao returns to the field, albeit with his own national team, after the disqualification which forced him to miss the Milan-Naples game on Sunday 18 September. The Lusitanians, with their two champions, have the chance to cling to Spain, hoping their opponents don’t beat Switzerland, then play for the passage to the Final Four on the final day. Group 2 standings: Spain 8 points; Portugal 7; Czech Republic 4 and Switzerland 3.

The other Nations League matches

The League of B and C is also on the field. At 3 pm Armenia-Ukraine and at 6 pm Slovenia-Norway, both from Serie B and both on Sky Football and streaming on Now. At 6pm on the Northern Ireland-Kosovo pitch for the C broadcast on Sky Football and streaming on Now. The other matches at 8.45pm will be on Sky Sport Football’s Diretta Gol and will be streamed on Now. This is the programme: League B, 8.45 pm Israel-Albania, Scotland-Ireland and Serbia-Sweden. League C, 8.45 pm Cyprus-Greece.

To Kevin Magnussen the Lorenzo Bandini trophy. He will receive it while driving the Dallara supercar