Padelmanie, the former players on the field: Dida-Serginho linked together 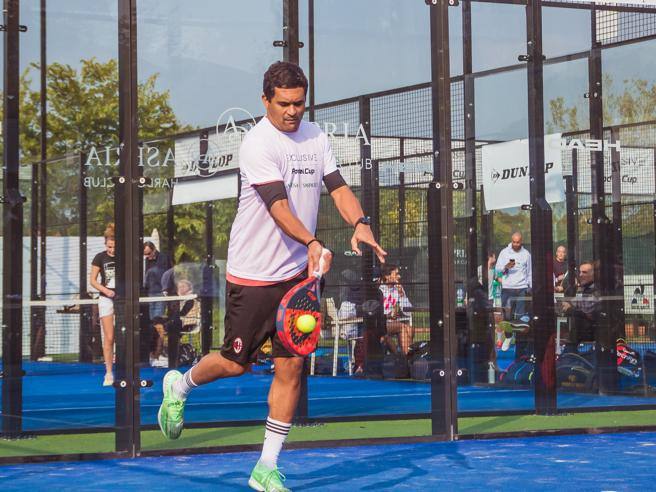 The padel mania, among former players, is rampant
. They tour Italy with the racket in hand and often put on a show and win tournaments. They will also try it over the weekend at the Aspria Harbor Club, home to the first of six stages of the second edition of the Exclusive Padel Cup, organized by MSP Italia and with three stages in Milan and three in Rome.

And above all, a couple will thrill the fans of Milan, a few months after the 20th anniversary of the Champions League victory in Manchester: the one that was formed by Nelson Dida and Serginho. But there will also be Cristian Brocchi (Who is going to play with the former goalkeeper? Ivan Gamberini), Riccardo Maspero and Mario Ielpo (also in pairs), and a completely “made in rugby” duo made up of former blue Paul Griffen and national team athletic trainer Massimo Zaghini.

A stage of last year’s edition was won by Cristian Zenoni (ex ao Atalanta and Juve), and who knows if in this second edition of the tournament Beppe Bergomi will still star in mixed doubles with his wife Daniela. There will be for sure Nicola Legrottaglieas expected, Luca Facchetti, the son of Giacinto, who is a big fan of padel and promoter of the Padel Mixto, which envisions the presence on the field of an able-bodied player (standing) and a disabled player, is in a wheelchair .

“After last year’s extraordinary result, in terms of attendance and visibility, we are happy to start again with the Exclusive Padel Cup Intesa Sanpaolo in Rome and Milan, two cities where padel is now a widespread sport,” explains Claudio Briganti , manager padel out. national team of MSP Italia -. For the past eight years we have been organizing amateur padel tournaments on a national scale, with more than ten thousand players, and the Exclusive Cup represents an excellence of our calendar in that sense ».

Haaland in Maranello: treat yourself to a Ferrari and a plate of pasta at the VIP restaurant