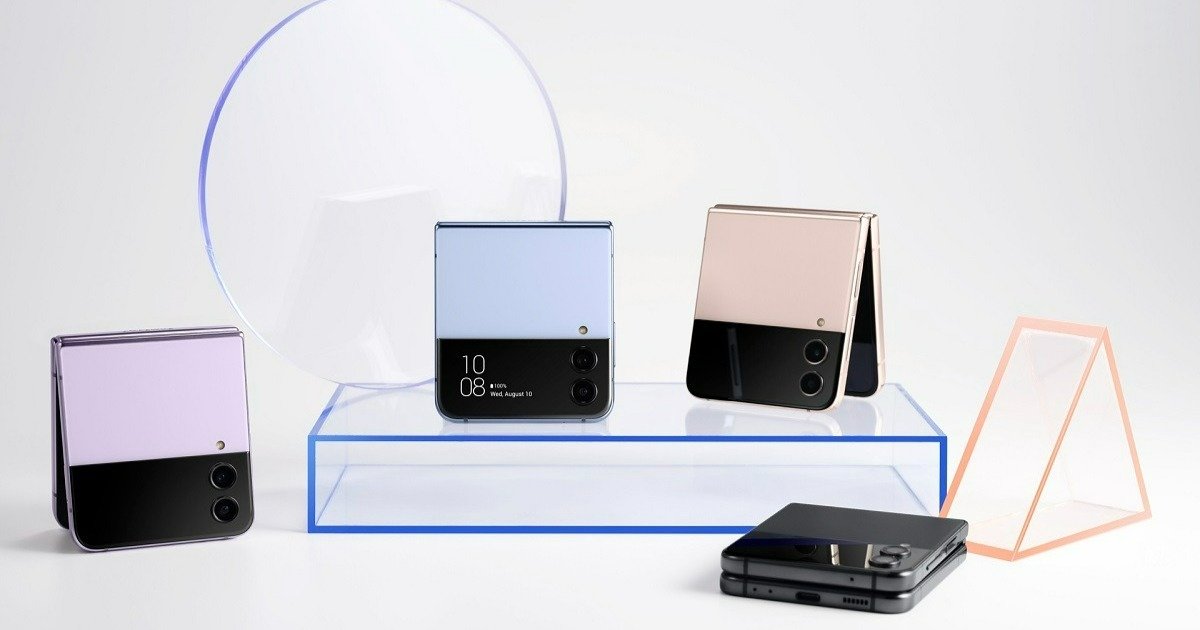 The Motorola Razr 2022 was announced the next day, August 11th, in the same clamshell design. They promise to be competitive rivals on their respective specs. We pitted the two against each other to see which one was better on the specs list.

All things considered, the Galaxy is lighter and smaller than its competitor Motorola, which is not only an advantage when held in one hand, but a key feature for this type of shell device. to win.

A foldable smartphone screen is one of the most relevant specifications for this type of terminal. Motorola has made a clear bet on his 6.7-inch P-OLED main screen with Full HD+ resolution and a high 144 Hz refresh rate. As if that wasn’t enough, it also added HDR10+ certification and DC dimming. The external G-OLED screen is 2.7 inches with a resolution of 800×573 pixels.

Similarly, the Flip 4 also features a 6.7-inch AMOLED main screen, Full HD+ resolution, and HDR10+ support. But the refresh rate is 120Hz. The outer screen is 1.9 inches with a resolution of 512×260 pixels. Motorola wins the second round. Motorola offers a much higher refresh rate on the main screen, along with a larger, higher resolution external screen.

In terms of processors, both new model controls are equipped with Qualcomm’s Snapdragon 8+ Gen 1 processors with UFS 3.1 storage in capacities of 128, 256 and 512 GB.

The difference is in the integrated LPDDR5 RAM memory. The Galaxy Z Flip 4 is capped at 8GB, while the Razr 2022 can offer up to 12GB of RAM in its most advanced variant.

Round 3 was won by Motorola for offering the option to increase RAM. Either way, both models promise to be faster and more efficient in energy consumption.

The Galaxy Z Flip 4 comes with a dual rear camera setup with a 12-megapixel primary sensor and optical image stabilization, and a 12-megapixel ultra-wide-angle sensor.A 10-megapixel front that records 4K video. Along with the camera, it can record 4K video at 60 frames per second.

Similarly, the Razr 2022 also has a dual rear camera setup, but it integrates a 50-megapixel primary sensor with optical image stabilization and a 13-megapixel ultrawide. can record 4K videos. Up front, we have a 32-megapixel camera that can only record 1080p video.

Motorola has clearly won the megapixel war, but the victory is marred by the lack of the ability to record 4K video with the front-facing camera offered by Samsung.

In this case, it can be seen as a technical tie as Samsung offers a larger battery even though Motorola offers faster charging.

As for availability, Samsung has already taken pre-orders for the Galaxy Z Flip 4 worldwide, while the Razr 2022 is currently only taking pre-orders in the Chinese market. Samsung’s advantage in making the model available worldwide immediately.

Motorola has the more affordable price for now, but we know these prices will likely rise once they arrive in Europe, approaching the cost of each Galaxy Z Flip 4 variant.

Share
Facebook
Twitter
Pinterest
WhatsApp
Previous articleManchester City are happy with the net four as Bournemouth and Arsenal beat Leicester City in the English Premier League
Next articleIn Italy, a man drove a moped among the ruins of Pompeii: vandalized detention (photo)