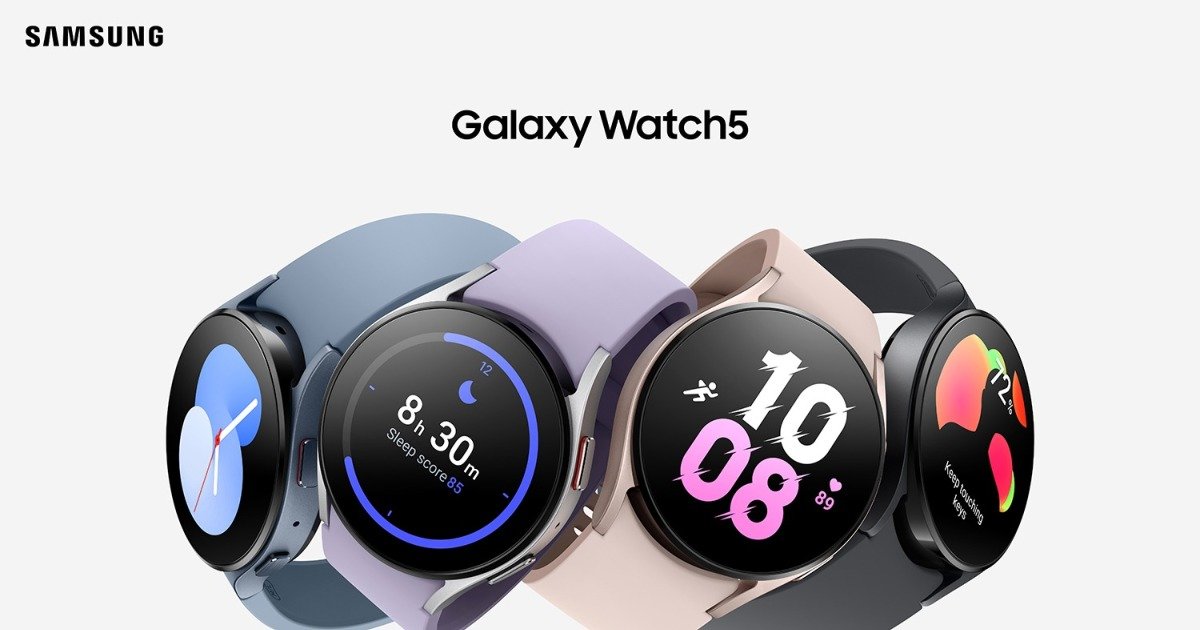 Samsung’s new smartwatch was unveiled last week and is now available for pre-order for all wearables fans.

But what does the Galaxy Watch 5 bring? A few things, like the new Pro model and a skin temperature sensor. Dive deeper into Samsung’s latest wearables.

The Galaxy Watch 5 is equipped with a heart rate sensor, an electrical bioimpedance sensor, and an ECG sensor, inherited from its predecessor. This is one of the big novelties of Samsung wearables following the market trend by including this specification in their new generation wearables.

Recall that at least Fitbit and Huawei smartwatches already include this feature, which works via infrared.

Of course, the Pro model includes a larger battery at 590 mAh. This means that Samsung’s new generation of wearables will offer greater autonomy and longer charging intervals.

Other than that, all models come equipped with 10 watts of Qi wireless charging.

Interestingly, Samsung isn’t including Qualcomm’s newly announced Snapdragon W5 processor in its new generation Watch 5. All smartwatches in the series are powered by the brand’s own Exynos W920, which appears to be the same chip as the previous generation.

The news doesn’t improve with the still-wearOS operating system designed specifically for Samsung smartwatches, which only offers compatibility with Android 8 smartphones and above.

This means that only Android Universe users can enjoy all the news of the Watch 5 series. This continues to ban Apple from accessing his iOS fans, just like the previous generation.

The new generation Galaxy Watch 5 maintains a very similar design to its predecessor, but with a significant battery upgrade and a new skin temperature sensor, Samsung has listened to its users and kept up with market trends. I certify that I am following

Meanwhile, the new Pro model for fans of outdoor activities and sports has unique features such as an adventure-proof design, announced 80 hours of autonomy and turn-by-turn navigation.

All in all, the new Galaxy Watch 5 series, which will go on sale on August 26th at a price starting at 289.90 euros, will have an argument to get users … Android, of course.

Share
Facebook
Twitter
Pinterest
WhatsApp
Previous articleSara Fantini, a hammer on the old taboos: “I’ll never be size 40, but that’s how I accept myself”
Next articleMcDonald’s is not alone. Western brands are slowly returning to Ukraine