US congressmen arrive in Taiwan amid tensions in China 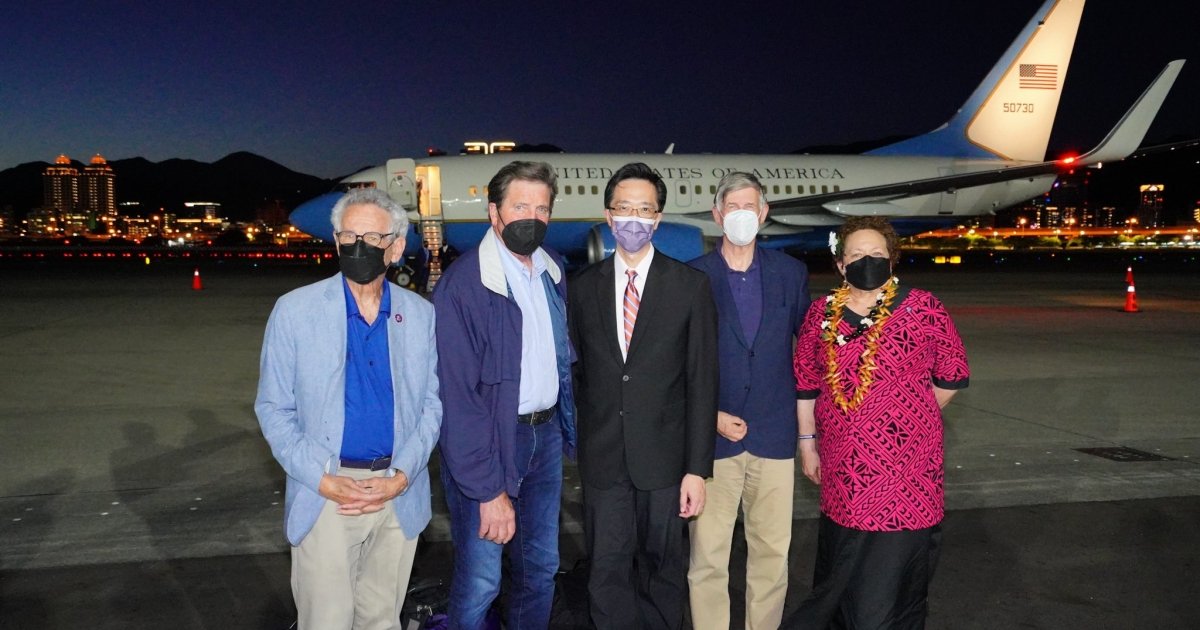 The delegation plans to discuss US-Taiwan relations with local officials.

Against the background of Taiwan’s strained relations with China, a delegation of US congressmen arrived on the island today. They plan to meet with President Tsai Ing-wen during the two-day visit. It is reported by Reuters.

A delegation of US congressmen arrived on the island less than two weeks after the controversial visit of House Speaker Nancy Pelosi. His trip caused a negative reaction from Beijing, which considers the Taiwan region its own.

Democratic Senator Ed Markey came to the island, and members of the House of Representatives from the Democratic Party – John Garamendi, Alan Lowenthal, Don Beyer. Also as part of the American delegation is Amata Kolman Radewagen, member of the House of Representatives from the Republican Party. Members of Congress prepare to discuss with local officials US-Taiwan relations, regional security, trade and investment, global supply chains, climate change and other key issues of mutual interest.

According to Reuters, Taiwan’s defense ministry recently discovered 22 Chinese aircraft and six naval vessels in and around the Taiwan Strait.

Recall that Nancy Pelosi, Speaker of the US House of Representatives, visited Taiwan in early August. His trip was criticized in Beijing. Since then, the Chinese military has deployed additional forces to Taiwan and conducted a number of exercises there.

Beijing believes Washington is heavily interfering in China’s internal affairs. Chinese Foreign Minister Wang Yi noted that US officials have repeatedly confirmed that Taiwan is Chinese territory, but now intend to “undermine peace” in the situation in the Taiwan Strait. According to the minister, Washington is taking advantage of the opportunity to increase its military presence in the region.

Focus He wrote earlier that Chinese diplomats in France and Australia had called for a lesson to be taught to the Taiwanese. They believe that the Taiwanese people should be taught to perceive China correctly, after which they will definitely support reunification and become “patriotic” again.