Identify the cause of extreme droughts in Europe: and it’s not just global warming 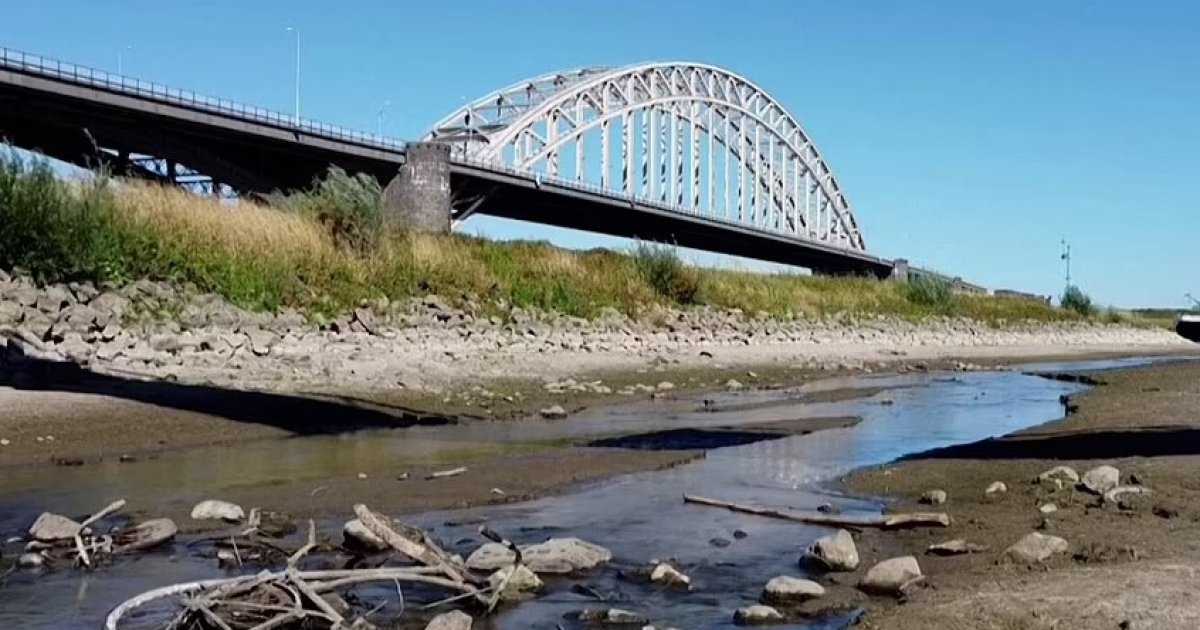 One of the reasons why summers are hot and dry is on the Atlantic Ocean.

Heat and drought – these phenomena are now one of the main threats to the economy of European countries, as well as to the health of their inhabitants. The worst drought in years has hit the UK, forest fires continue in France and the Rhine is falling in Germany. And there are at least two reasons for this – global warming and the Azores anticyclone, writes the Daily Mail.

According to scientists from the UK Met Office, the extreme drought in Europe this summer was caused by a weather event such as the Azores anticyclone.

The Azores Mountains are an area of ​​very high pressure located on the Atlantic Ocean near the Azores Islands. This anticyclone is often referred to as the “precipitation retarding phenomenon” and consists of dry air descending over the subtropics. France, Spain, Portugal, Great Britain and Germany are particularly susceptible to the impact of this anticyclone, which brings with it a terrible lack of heat and precipitation in summer.

For the most part, this anticyclone has a strong impact on the countries of the Iberian Peninsula, but this year, according to scientists, this weather event has increased in size and brought an increase in temperature to other European countries.

Basically, this anticyclone spreads its effect almost all over Europe, but it doesn’t take long. But this year, the anticyclone contributed to an increase in temperature and a decrease in precipitation, or its complete absence for almost the entire summer. Meteorologists believe that the Azores Mountains have increased in size over the past 100 years and will continue to do so. Therefore, heat waves and droughts will be more frequent in Europe during the summer months.

Nigel Arnell of the University of Reading believes not only the Azores, but also global warming has increased this summer.

“The emergence of such prolonged temperatures and droughts has caused global climate change. In the UK, for example, recent years have been the hottest in the past 140 years of observation. If greenhouse gas emissions had not increased, the impact of climate change would not have been as strong for the Azores anticyclone. In the future, droughts would be more frequent. And I think it’s going to happen in larger areas,” says Arnell.

Focus He has already written that the European Commission believes that the most dangerous drought of the last 500 years is expected in Europe due to the extreme heat. And this will affect the amount of crops grown, the health of people and Europe’s living ecosystems.

Moreover Focus He wrote that the so-called “hungry stones” appeared in European rivers due to drought. The inscription on one of these stones reads, “Cry if you see me.” It was a kind of warning to the inhabitants of Europe in the Middle Ages. After all, these stones were placed in the river, and the water level fell so low that if such an inscription became visible, people were in danger of starvation.

Severe drought has also affected Italy, where the level of the Po River, one of the country’s largest rivers, has also dropped. Only because of this, local residents managed to find an unexploded WWII bomb on the exposed shore, as I wrote earlier. Focus.