More important for Putin than the Luhansk region in the south of occupied Ukraine, – ISW (photo) 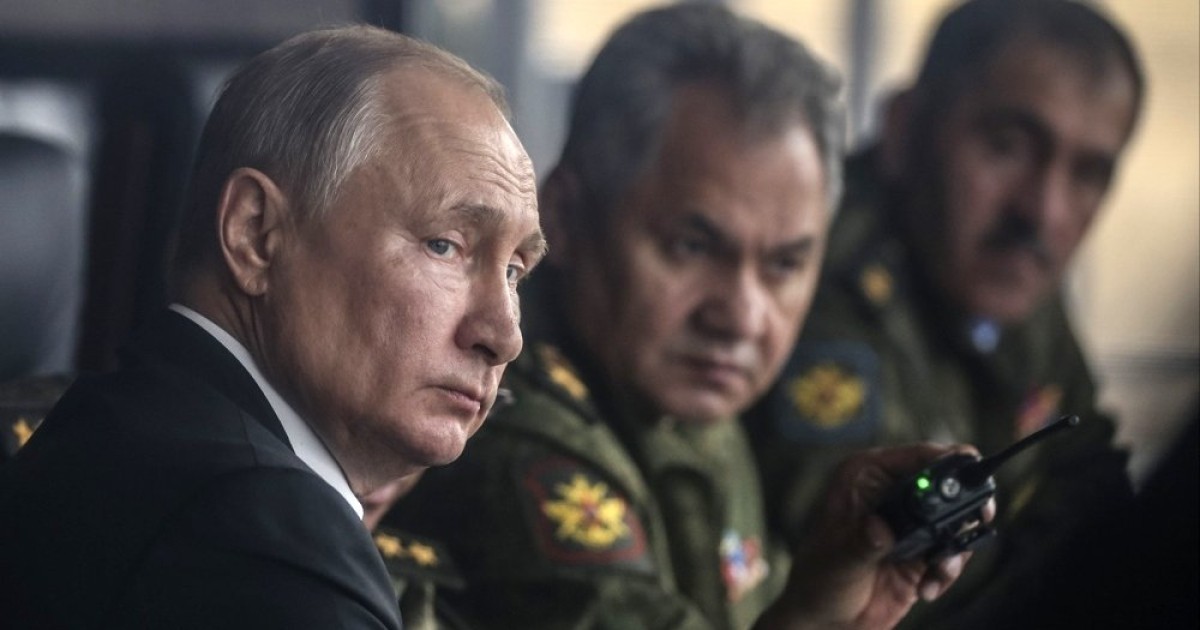 The failure of the Russian army near the Port indicates that the head of the Kremlin was personally in command of the troops and was based on the southern directions of the front.

For Russian President Vladimir Putin, on the eve of a possible counter-offensive by the Ukrainian army, it is more important for the Russian Armed Forces to keep the occupied territories in southern Ukraine, rather than strengthen their positions in the Luhansk region. This is stated in the new report of the War Studies Institute ISW dated October 1.

Analyzing the fierce fighting in the north of the Donetsk region and the liberation of the Port, experts came to the conclusion that Russian President Vladimir Putin put his main bet on southern Ukraine.

Also, as stated in the ISW report, the failure of the Russian army in the direction of the Port indicates that the Kremlin chief immediately took part in the command and control of the troops. Despite the liberation of the port, Russia is not strengthening its positions in the Lugansk region, hoping to keep the formerly occupied areas in southern Ukraine.

“The Armed Forces continued to strengthen Russian positions in the Kherson and Zaporizhzhya regions, even at a time when the Kharkiv-Izyum Front had recently collapsed and Russian positions near the Port were destroyed. The decision not to strengthen the defenseless front lines in the Kupyansk and Zaporizhzhya regions and the Port’s military operation It is almost certain that it was taken by Putin, not the command. Putin cares more about holding strategic areas in the Kherson and Zaporizhia regions than in the Lugansk region.”

In the document, ISW also drew attention to the attempt to break through the Ukrainian defense in the north of the Kharkiv region. Analysts, referring to the General Staff of the Armed Forces of Ukraine, note that the Russian DRG entered the battle near Kazachya Lopan, but had to retreat due to fire resistance.

The ISW associates such attacks with the fact that Vladimir Putin wants to restore the “status quo” in the direction of Kharkov and is ready to send reservists to seize new territories, which will be useful to repel the Ukrainian counterattack in the Luhansk region .

Recall, on the evening of October 1, the Vostok Operational Command confirmed that units of the Armed Forces of Ukraine entered the Port of the Donetsk region.

Share
Facebook
Twitter
Pinterest
WhatsApp
Previous article
Musk has unveiled ‘Optimus’, prototype humanoid robot
Next article
Nfl, fear and controversy: He returns to the field after a blow to the head and is injured again. The hands stiffen