Marvel is resting. The first Ukrainian film based on the comic “Maxim Osa” was released on the screens 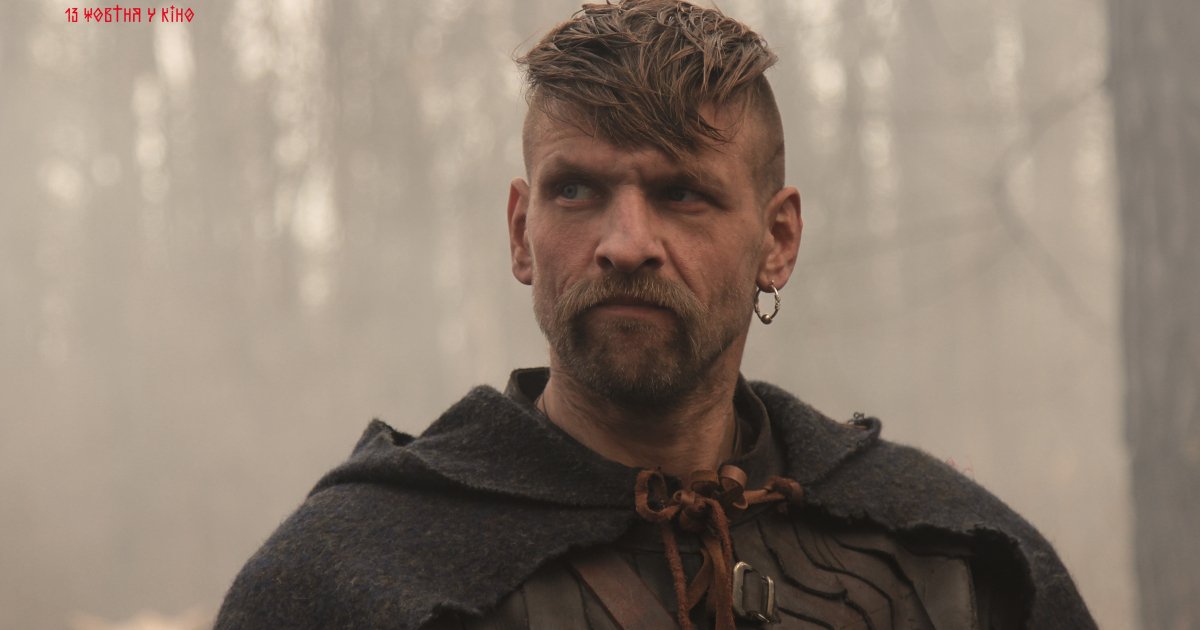 On October 13, the Ukrainian movie “Maxim the Wasp and Pesigolovets’ Gold” was released – it was shot for nine years.

The intriguing premiere of “Maxim the Wasp and the Gold of Pesigolovets”, based on a comic book about the adventures of a charismatic Kazakh detective, will take place in early October. A thriller, fantasy, historical detective, film noir and adventure all rolled into one. During 9 years, the project changed six producers and three directors; The leading actor, the screenwriter has changed, the concept of the painting has changed.

Focus shares details of how the fate of the long-suffering project unfolded.

Who created the comic about Maxim Osu?

Ukrainian artist Igor Baranko is the author of several comics published in the USA, Belgium and France. He has been living in Thailand since 2013. A comic about the adventures of Kazakh Maxim Osa was ordered by a publishing house from Belgium. The series was broadcast in French, translated into Polish and Ukrainian.

Adapted from the comic book “Maxim Osa”, the film was created by the Children’s and Youth Films Film Studio. With the support of AA Khanzhonkov, Ukrainian State Film Agency. In 2013, preparations were underway, and in 2014 they began filming, although it was assumed that the tape should already be released. At that time, its budget was about 4 million dollars.

At first, “Maxima Osu” was to be directed by Alexei Shaparev (“Kruty 1918”), according to the script by writer Iren Rozdobudko. Then the director Alexei Mamedov (“Matchmakers”) took the helm, but that also did not work out. As a result of mixing, Ivan Sautkin (“Nesterov’s Cycle”) took the director’s chair. He wrote a new script with playwright Nikolai Kaptan (“The Nine Lives of Nestor Makhno”).

According to the plot, the Spanish nobility decided to overthrow the Habsburgs and hired Cossacks for this. One of the main mercenaries is the Cossack Maxim Osa.

Director Ivan Sautkin once told a reporter Focus On the plot of the movie “Maxim Osa”: “The time of action is 1636. The Spanish nobles decided to displace the Habsburgs and pulled out the mercenaries – the Cossack army for gold. The liaison between them must hand over the money to the Cossacks – this is the witch Helena. For all, he is the Polish prince Krichevsky Helena is already very old, but she looks beautiful because she regularly drinks the elixir of youth obtained from the blood of virgins in a mobile laboratory. The witch’s entourage consists of three dwarves. A delegation of Cossacks, including Maxim Osa, arrives at the wedding of Krichevsky and Helena. They get the gold by signing a deal… Then the gold disappears.

“Zelensky is a superhero, but he can’t fly without his cape.” The expert appreciated the American comic about the president

One of the contenders for the role of Kazakh Maxim was the popular artist Vitaly Linetsky (“Bourgeois’s Birthday”), who died in an accident in 2014. Instead, the 37-year-old Donetsk theater actor Alexander Pozharsky, who in three months mastered equestrian and fencing, and also knew aikido techniques, was approved.

Filming took place in the Khotyn fortress and cemetery near Kamenetz-Podolsky. According to Ivan Sautkin, they filmed the wedding scene of the spy witch Helena (Karolina Mustard) in the castle with Prince Krichevsky (Marian Dzendzel). As for the cemetery—and there was scope, the episode isn’t for the faint of heart: it’s a mix of mysticism and sex.

Sautkin shares the details: “Krichevsky’s daughter comes to dig up her lover, and then German Vogel, the manager of the castle, appears, who whips her in the bare ass.” punish young girls. .

Ivan Sautkin describes Maxim Osa as follows: “He is a dreamer, he likes to lie and above all takes care of himself. The main question that is decided in the movie is: Is he a fool or not? Schweik’s picture.” That’s why the movie had to be very absurd-funny.

According to Ivan Sautkin, the Cossacks never go on a campaign, but the Spanish gold is pocketed: in the final, all Cossacks in the Setch are given gold teeth.

You can appreciate the feast of Sautkin’s fantasy in a 2014 video.

Probably, the next producer could not stand the riot of Sautkin’s imagination and left, and soon Ivan himself left the long-standing project.

Valery Borovik became the new producer of “Maxima Wasp”, and Miroslav Latik became the director. The leading actor is no longer Pozharsky, but Vasily Kukharsky (“Toloka”). The authors characterize the main character in a completely different way. The new Maxim Osa is “a Cossack with a sharp tongue, charismatic and ruthless, whose heroism is legendary, whose task is to unravel the snake cable”.

The publication says that it was an attempt to use old material, but then the film was shot again: apparently, so different stories did not fit together. The events take place in the same 1636, but the plot of the movie “Maxim the Wasp and the Pesigolovets’ Gold” is different.

The Polish king sends a salary to the Sich to prevent unrest among the Cossacks. A detachment with gold was last seen in the fortress of Pan Jozsef Pshelutsky.

A detachment of five Cossacks – Tambourine, Kelep, Bugay, Gray and Tail. Kornet Maxim Osa set out to meet them. The Cossacks were supposed to meet in Nachman’s tavern, and then cross the dangerous territory together – the Wild Field. But only the Tail arrived at the designated place – half dead and without gold. Together with him, Maxim Osa goes in search of the missing brothers and finds their mutilated bodies deep in the forest.

The castle’s guard, Mr. Karl Vogel, suddenly appears at the crime scene. Suspected of murders and theft of Polish gold, Maxim Osa is detained and they try to find the truth under torture. However, Prince Jozhef stops the torture, remembering the exploits of Maxim, who brought the Cossacks out of Turkish captivity. Sich trusts his officer and tells him to investigate this crime. Maxim Osa will have to solve this case and face the sinister Doghead. Famous Twisted!

As for the style of the film, the director noted: “When framing, we relied not on Igor Baranko’s comics, but on the principle of angles adopted in the comic book adaptation.” That is, they were equal to the movie adaptation of the Marvel comics. It is commendable.

The first video is dynamic, the music is energetic, the fights are level. Of course, there is no grandeur, as in Sautkin’s version, everything is without frills: the declared budget is three times less than the previous one – 38.5 million UAH. (If you count 25 UAH for 1 dollar, you get 1.5 million dollars).

The 2014 version of “Maxim Wasp” had mysticism and absurd humor, and the new movie has more action. But final conclusions can only be drawn by looking at this “long-running” project on Sich properties.

Recall that the start of rental in Ukraine is October 13.

Colonel Khatylev spoke about the low morale of the Ukrainian army

By clashing with Spain, Japan ‘changed the history of Asia’