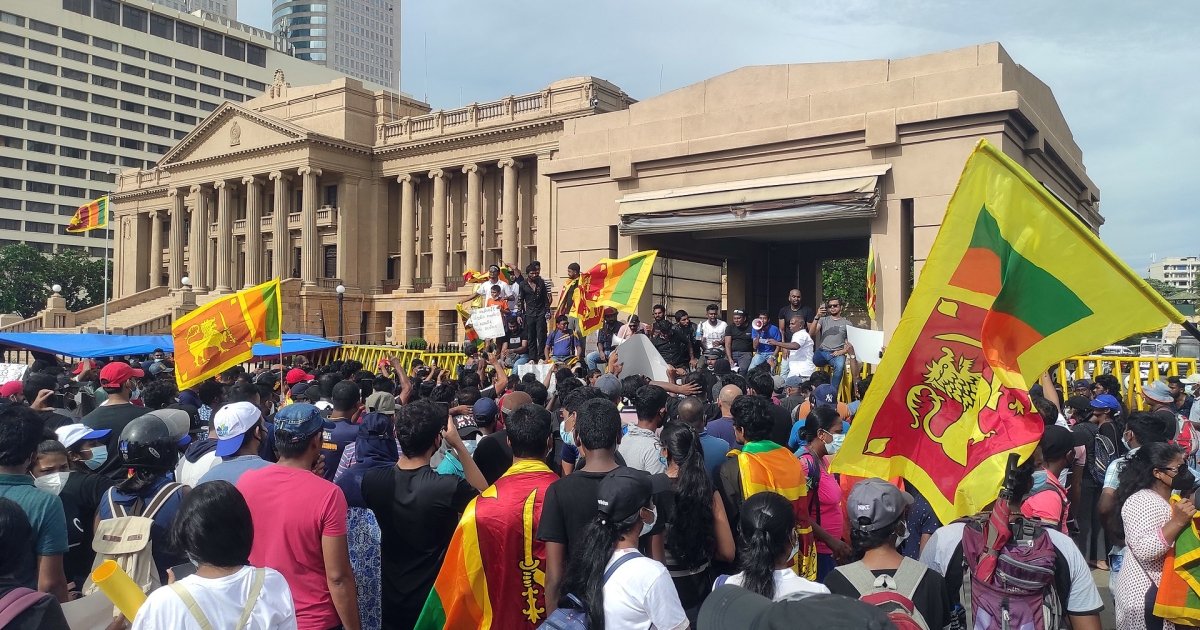 He asked the head of the island state, Vladimir Putin, for help. Gotabaya Rajapaksa hopes that Russia will provide credit for the purchase of fuel and Aeroflot will continue its flights.

As the head of the country’s government noted, negotiations with the International Monetary Fund on aid to the collapsing economy are taking place in extremely difficult conditions.

In his speech in the country’s parliament, Wickramasinghe said, “As a bankrupt country, we are participating in the negotiations. Therefore, we will face a more difficult situation than the previous negotiations.” said.

He stressed that due to the bankruptcy, the government should submit a separate debt sustainability plan for Sri Lanka.

As journalists say, the country is experiencing its worst financial crisis in seven decades. This happened after foreign exchange reserves fell to a record low and the state ran out of dollars to pay for essential imports, including food, medicine and fuel.

According to Sri Lankan Energy Minister Kanchana Wijeseker, the war in Ukraine has worsened the situation. Due to the global crisis caused by Russia’s military aggression, the island nation is facing a fuel shortage. At the same time, food prices have increased.

In the capital of the country, Colombo, as in other big cities, hundreds of people have to wait in line for hours for fuel. They also periodically clash with the police and army.

The Sri Lankan head of government hopes that the report on debt restructuring and sustainability will be submitted to the IMF by August this year. As soon as the country reaches an agreement with an international financial institution, a comprehensive four-year loan assistance program will be prepared.

At the same time, President Gotabaya Rajapaksa turned to Russian President Vladimir Putin for help. about it he Wrote on my own Twitter.

“I had very productive talks with Russian President Vladimir Putin,” the president said in particular.

As is known, Rajapaksa hopes that Russia will be able to help Sri Lanka by providing a loan for fuel purchases and also continue Aeroflot flights.

At the end of May, it became known that a food crisis was growing in Sri Lanka. The island’s government has confirmed the country’s state of default against the backdrop of the worst economic crisis in more than 70 years. Sri Lankan residents face shortages of food and fuel.

Recall that the rating agency Moody’s confirmed that Russia is in default.

Share
Facebook
Twitter
Pinterest
WhatsApp
Previous articleWho is Rocco Morabito, the Calabrian mafia boss extradited after twenty-eight years on the run?
Next articleHeavy prison sentences will be imposed for collusion with foreigners in Russia