US fears over Putin’s moves: Nuclear threat is growing stronger behind referenda 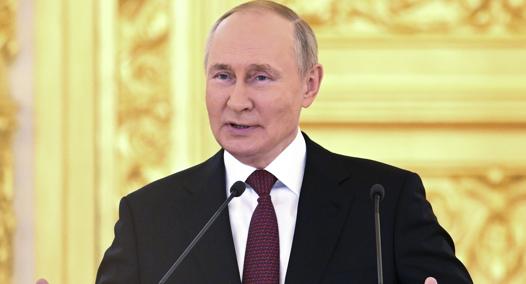 FROM OUR CORRESPONDENT
WASHINGTON – The Administration Biden fearfully follows the movements of Vladimir Putin.

In these hours, the Russian leader has given the green light to a referendum series
to authorize the forced annexation, completely illegal under international law, of the territories occupied by the military: Kherson, Lugansky, Donetsk and even in the nuclear power plant region of Zaporizhzhya.

The mock meeting should already take place in the coming days.

The Kremlin accelerates in an effort to discourage Ukraine’s counter-offensive.

Putin himself provided the key: Russia’s “doctrine of defense” also provides for the use of nuclear weapons if “the national territory is threatened”.

In this case we are talking about tactical devices, with a range of 1.5-2 kilometers, but with a devastating impact.

Sunday evening, in an interview with 60 minutes from CBS TV, Biden had warned the Russians: don’t use the nuclear weapons or our response will be very harsh.

Since April last year, the Pentagon has been warning the White House that we cannot rule out the possibility of Putin resorting to the extreme resource of nuclear weapons. And for at least four months, as Secretary of State Antony Blinken always revealed at the time, a group of NATO experts has been “studying possible countermeasures”.

However, the warning goes up.

Even before the Donbass, the Americans are watching the Crimea.

Blinken and National Security Adviser Jake Sullivan are in constant contact with Kiev: indeed, President Volodymyr Zelensky plans to retake the peninsula occupied by the Russians in 2014 and then directly annexed to the Russian Federation? A Ukrainian attack would automatically trigger the conditions for an atomic bombprovided by the “Putin Doctrine” (read the in-depth analysis of why it is difficult, but not impossible, for Putin to use atomic bombs).

Washington grapples with this dilemma: curb Zelensky
but at the same time give in to Putin’s blackmail or to give impetus to the Kiev counter-offensive?

The Pentagon, as it has been doing for months, suggests caution.
For now, Biden seems to be listening to his generals.

The US president did not send long-range missiles, more than 300 kilometersasked by Zelensky, precisely to prevent a further escalation of the increasingly close confrontation with Putin.

Tomorrow, Wednesday, September 21, more signals are expected from the UN General Assembly, which started this morning in New York. Both Zelensky and Biden will speak.