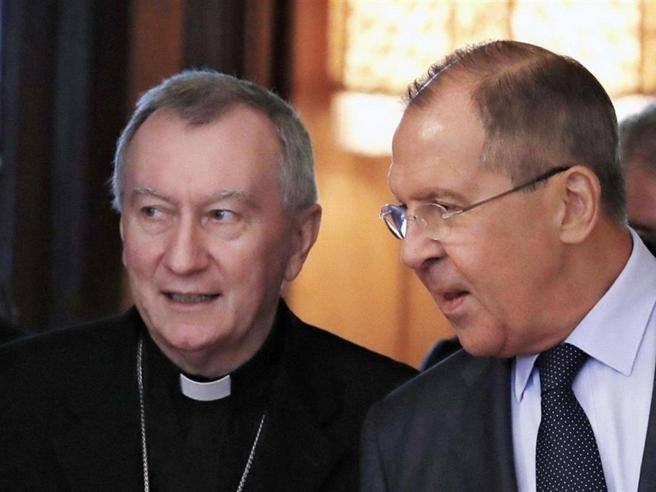 VATICAN CITY – The Cardinal Pietro ParolinVatican Secretary of State, met with the Russian Foreign Minister Sergei Lavrov on the sidelines of the UN General Assembly underway.

The news was given by the Russian Foreign Ministry itself, for which Lavrov “explained the reasons for the current crisis in relations between Russia and the West” as “the result of the NATO crusade “to destroy Russia and destroy the world. divide”.

But it is clear that at the center of the meeting, on the Vatican side, was the war in Ukraine and… the concern Pope Francis, with transparent reference to Putin’s threats, expressed during the general audience on Wednesday, speaking of the “tragic war with some thinking of nuclear weapons: madness”. Speaking in New York at the CTBT group meeting, Cardinal Parolin said: “With the rise in global tensions and the rhetoric threatening the use of nuclear weapons, it is more important than ever to bring the treaty on the total ban on nuc experiments into effectl

It is certainly not an easy moment in the relations between the Holy See and Russia. At the interfaith conference in Kazakhstan last week, there was no opportunity for a meeting between the Pope and the Orthodox Patriarch because Kirill left the meeting. Francis had met Metropolitan Antonij, who told reporters how the Holy See had canceled its planned meeting “in June in Jerusalem” and the Patriarchate was “surprised” by the Pope calling him “Putin’s altar boy”.

In these months Francis never failed to show his solidarity with the Ukrainian peoplealso on Wednesday he repeated: «I would like to point out the terrible situation of the tormented Ukraine.

Cardinal Krajewski went there for the fourth time. Yesterday he called me, he spends time there, helps in the Odessa area and gives so much closeness. He told me about the pain of this people, the barbaric deeds, the monstrosities, the tortured corpses they find. Let us join this noble and martyred people ». But the Holy See never interrupts diplomatic contacts, even at the most difficult moments. The Pope himself spoke about it on the return flight from Kazakhstan to journalists who asked him if there was a red line above which he would no longer be available to talk to Moscow: “I think it is always difficult to understand the dialogue with states that they started the war, which seems to have taken the first step on that side.It is difficult, but we must not throw it away. We have to give everyone, everyone the opportunity to enter into a dialogue. Because there is always the possibility that in dialogue we can change things, even offer a different point of view, another point of consideration. But I do not rule out a dialogue with a power that is at war and that is the aggressor. Sometimes the dialogue has to be done this way, but it has to. It stinks, but it has to be done. Always one step ahead, an outstretched hand, always. For on the contrary, we close the only reasonable door to peace. Sometimes they don’t accept dialogue, too bad. But dialogue should always be done, at least offered. And this is good for those who offer it, it lets them breathe ».

The Vatican is ready at any time to do its part to stop the escalation, a risk Francis has denounced since the beginning of the Russian invasion of Ukraine.

Moreover, the nuclear danger is one of the central themes of his pontificate, Francis has been repeating for yearsfor example in 2018 on the flight that took him to Chile, when in ’45 he distributed the photo of a child from Nagasaki with his little brother on his shoulders, waiting in front of the crematorium: “I am really scared and I think we sit the limit. The danger of nuclear war is real. And I’m afraid of that, one accident is enough. At this rate, the situation threatens to worsen. We must eliminate nuclear weapons, work towards disarmament ”.

A year later, in Hiroshima, at the point where the first atomic bomb of the American bomber “Enola Gay” exploded at 8:16 a.m. on August 6, 1945, the Pope had spelled out the “immorality” of the use and possession of nuclear weapons: “Here we will be condemned for it.”