Amanpour does not wear the veil, Iranian President Raisi refuses the interview with CNN 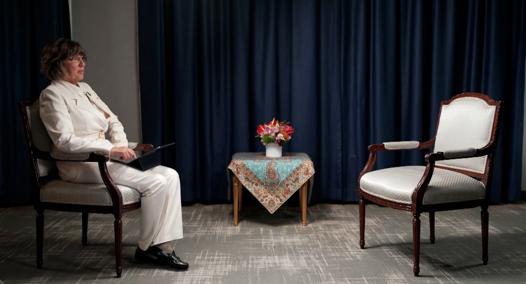 in New York City. It was Amanpour herself who told the story on Twitter accompanied by the photo of the empty chair in front of her, which was ready for the Iranian president.

“Protests crisscross Iran and women burn the hijab after Mahsa Amini’s death last week, following her arrest by the ‘police of morality’. At least 8 people have been killed, according to human rights organizations,” the journalist writes.
“In recent hours, Tehran’s state television has said 17 people were killed, including an unspecified number of officers. The Oslo-based NGO “Iran Human Rights” states that at least 31 civilians have been killed. Last night I wanted to ask President Raisi this and much more. It would have been his first interview on American soil, during his visit to New York for the United Nations General Assembly – continues Amanpour -. After weeks of planning and eight hours of preparation for translation, lighting and cameras, we were ready. But not even the shadow of President Raisi. Forty minutes after the scheduled start of the interview, an assistant arrived. The president, he told us, suggested that I wear the veil because we are in the holy months of Muharram and Safar. I politely declined. We are in New York, where there is no law or tradition regarding the veil. I pointed out that no previous Iranian presidents had repeated this request when I interviewed them outside of Iran. The assistant made it clear that the interview would not have taken place if I had not worn the veil. He said it was “a matter of respect” and referred to the “situation in Iran”, referring to the protests in the country. Again I repeated that I could not accept this unprecedented and unexpected condition. And so we left. There was no conversation. As the protests in Iran continue and people are being killed, it would have been an important moment to talk to President Raisi.”

The authorities have censored the internet in recent days and also “turned off” Instagram and Whatsapp after the release of numerous videos showing the protests in the square. The Pasdaran have warned that anyone who spreads “fake news” will be punished.

When Oriana Fallaci took off her chador for Khomeini