“Putin is isolated and afraid of losing: this is what these referendums mean” 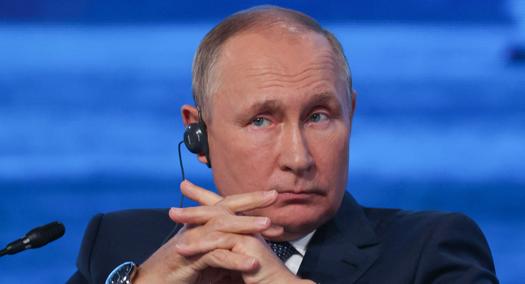 FROM OUR SEND
KIEV – Was this to be expected?

“JEP. Putin has at least three good reasons for holding referendums now. First, even in the Donbass he is starting to lose and he fears that he will have to withdraw, like in Kharkov. The military situation of the Russians is very bad. and the impression circulates that they are losing.Second: the international arena has become more difficult and in Samarkand there was a weaker Putin for the first time.They had never seen the Chinese or the Indians disdain him: Modi told him clearly that he should not share the war, that part of the world is shifting to western positions. Third: Putin is also in trouble inside, he is criticized, the hawks want him harder. And as a result, the referendum will be sold.” .

Ivan Yakovina he knows what he’s talking about: until 2014 he was a (ill-tolerated) political analyst in Moscow; with the annexation of Crimea he came to Ukraine; at the age of 42, he has a program on public television and is one of the most influential bloggers.

Is Putin’s choice therefore a sign of weakness?
“He’s afraid of losing. And changing the rules of this war is an opportunity to close the game as soon as possible ».

Once the annexation is cashed in, what will it do?
“He will immediately say that the military operation is over, that he has ‘liberated’ the countries he wanted, that there is a new frontier and that peace can be made. But Ukraine will of course say no. These referendums are unacceptable. And the war will get even harder.”

Some in the West may wonder: If the referendum will stop guns, why not?
“Of course, someone will tell. But I don’t think there is a single government in the world that wants to recognize this annexation. And no Ukrainian leader will be able to. Today Zelensky has 99% of the vote in Ukraine, but if he only tried to say “ok, let’s negotiate now”, he would be evicted in an instant ».

When the Crimean referendum took place, many international public opinion said: OK, after all, they are all pro-Russian…

“It was a very serious mistake then. And it is even more so today: there are no more pro-Russians in the occupied territories. People have seen what ‘Russian peace’ is, the destruction, the looting, the violence, and they don’t want to know anything about Russia”.

How many will vote?

“Zero. They will show that someone is voting, but the seats will be a farce. And if it is an electronic vote, even worse: a total detachment from reality, without any control over regularity and transparency ».

Why the decision to vote for three days?
“It’s the Russian tradition. But there it is because there are different time zones. Here the reason is different: three days is what it takes to manipulate the mood ».

The United States is ready to provide $1.5 billion in aid to Ukraine every month