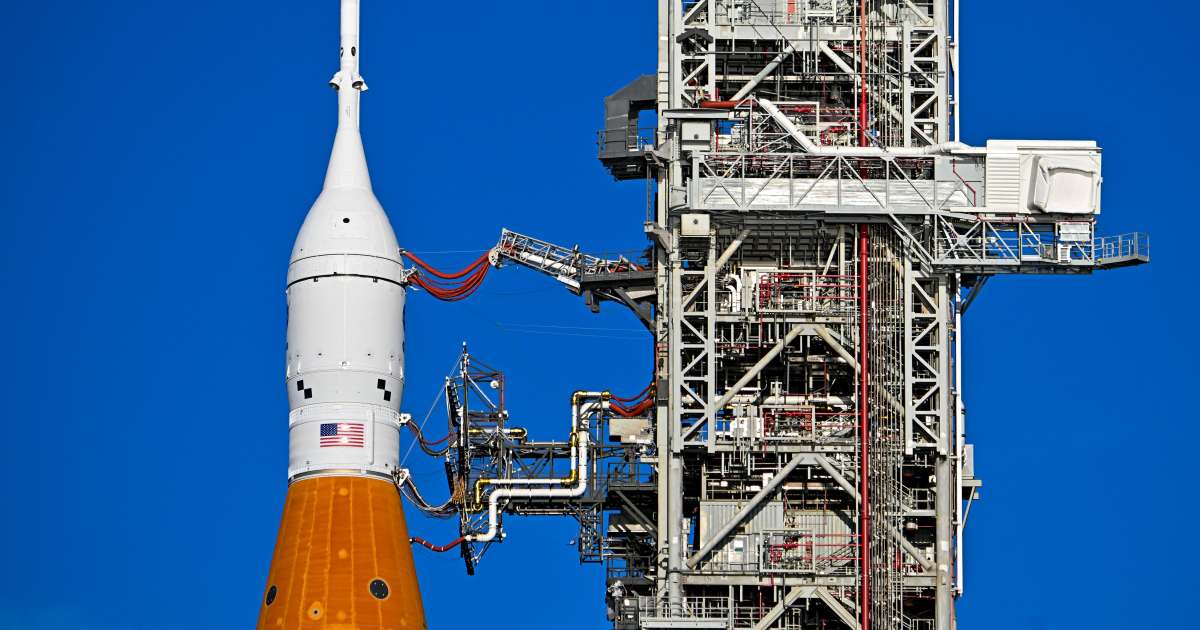 The launch of the SLS mega-rocket, the centerpiece of NASA’s Artemis program, was scheduled for Tuesday, September 27th. But instead of flying to infinity and beyond, the rocket will most likely return to its assembly shop.

No technical issues this time, but inclement weather: Tropical Storm Yang, currently south of Jamaica, is heading straight for Florida where the rocket is due to take off and should soon earn its hurricane stripes.

taking into account “billions of dollars” spent on the Artemis program, “NASA definitely doesn’t want to see” his SLS rocket and his Orion capsule “on the launch pad in the middle of a hurricane”, notes Space.com. So she considers a small “return to assembly building to take cover”.

The final decision on whether to return to the hangar will be made on Sunday – Yang’s flight path could still change and bypass the Kennedy Space Center – but even if the rocket remains on the launch pad, a September 27 departure is now out of the question.

But if NASA teams “decide to leave Artemis 1 on the ramp, the mission could theoretically launch on the backup date, October 2nd.”accurate space.com. Return to the barn, on the other side “most likely will exclude this date as well”.

The long-awaited launch of the megarocket should mark the start of the Artemis 1 mission, designed to test that the Orion capsule leading the SLS rocket is perfectly safe to transport astronauts.

The first manned mission of the Artemis-2 program is scheduled for 2024. NASA then hopes — as early as 2025 at the earliest — to land an Artemis 3 crew on the Moon, which will include at least one woman and one person of color.