Putin declares conscription to the Russian army in the fall: deadlines postponed by a month 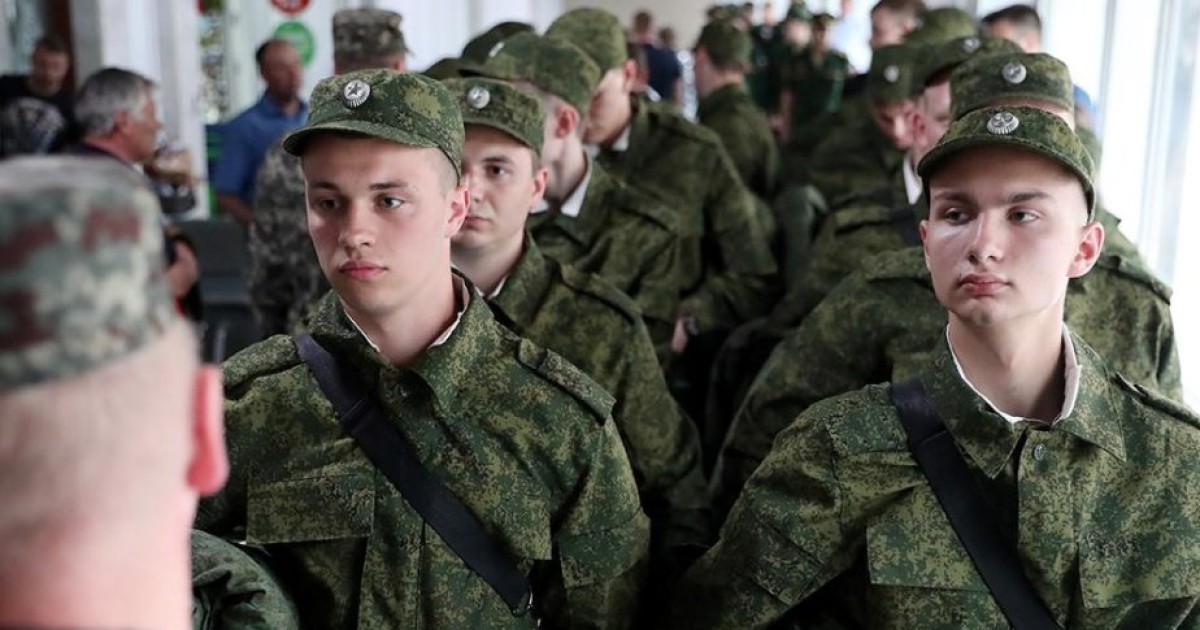 During the autumn campaign, the number of conscripts decreased significantly – in the fall of 2021, about 30,000 more people were called up to the ranks of the RF Armed Forces. The command promises not to send them to die in Ukraine.

Russian President Vladimir Putin signed a decree on the admission of citizens to military service in the autumn. The document is available on the Russian legal information portal.

120,000 young people aged 18-27 who are not in reserve will be called into the Russian army. The start date for autumn conscription has been postponed by a month – it will begin on November 1, not October 1.

As of October 1, soldiers, sailors, sergeants and journeymen whose military service period has expired will be discharged from the military.

Conscription for emergency military service in Russia is carried out annually in the spring and autumn.

Note that the number of people who will be drafted into the army during this year’s autumn campaign is less than in the fall of 2021. Then 127.5 thousand people were called to the ranks of the RF Armed Forces.

Will soldiers be sent to war in Ukraine?

Vladimir Tsimlyansky, deputy head of the organization and mobilization department of the General Staff of the RF Armed Forces, promised not to send troops to the war in Ukraine. They will go home after discharge.

Tsimlyansky told conscripted families not to worry about their children. A full year after the call, they will see them grow stronger and mature.

“Citizens called up for military service in Ukraine will not be involved in a special military operation, all soldiers whose term of service has expired will be dismissed and sent to their place of residence on time,” the army said.

Tsimlyansky says that you do not need to be afraid of the call, you need to prepare for it. To those who were called to the RF Armed Forces for the autumn draft, he wished high results in combat training in service.

It is worth emphasizing that Putin declared conscription in the fall on the basis of “partial” mobilization. Russian President and Defense Minister Sergei Shoigu also promised not to send troops to the war zone.

Recall that the Russians fled en masse from mobilization to the army. According to media reports, more than 200 thousand people left the country – this is more than the number of invaders who took part in a full-scale war with Ukraine.

Military commissioners have to find ways to capture those responsible for military service in order to carry out the plan. In Vladivostok they entered the entrance through the window and turned on the fire alarm to deliver the calls.

Focus There have already been reports of arson of military registration and enlistment offices in Russia after Putin announced partial mobilization. Departments are on fire in various regions.