Few people have been in the Belarusian “Olympus” longer than Uladzimir Makej, at the head of the authoritarian regime there. But on Saturday, the Belarusian state agency reported the unexpected death of its foreign minister.

According to the information in the Belarusian media, the politician died of a heart attack at home. For example, independent presenter Naša Niva wrote about it. But the suddenness of his death and the lack of verifiable information has prompted a lot of speculation about the “real causes”.

Some voices accepting the natural death version argue that the minister’s death was marked by a loss of political influence, and in recent years Aleksandr Lukashenko has fallen out of favor and lost his political influence. He allegedly solved this by drinking large amounts of alcohol and thus caused his premature death at the age of 64.

Such a sudden death also raises the suspicion of a possible poisoning murder. This was stated, for example, by the Russian newspaper Moskovskij Komsomolets without further details.

Read the interview with the leader of the Belarusian opposition

We expect a momentary weakness for Lukashenko, Belarus’ exiled president Svyatlana Cichanouská said in an exclusive interview. It also acknowledges that communication with Kyiv at the highest level has been difficult, despite its support for Ukraine.

Makej paid for a more liberal politician within the dictatorship. At a given time, for example, he used the otherwise oppressed Belarusian in public, instead of the Russian practiced by the regime, and posed with Belarusian embroidery. And despite trying to build better relations with the West in the past, and even sometimes criticizing Russia, for more than two decades Lukashenko’s loyal subordinate paid off.

For the past ten years he headed the Ministry of Foreign Affairs of Belarus, and even before that he headed the office of Alexander Lukashenko for four years. He also previously served as the dictator’s chief adviser for eight years.

“Previously, he had access to Lukashenko 24 hours a day, 7 days a week. He received instructions from him, he could come to his office or residence at any time. In the video commentary, Pavel Latuška, now a member of Svyatlana Cichanouská’s exiled Belarusian cabinet, told Makej who he was hanging out with and He knew who he was drinking vodka with.

Latuška, who has previously worked in Belarusian diplomacy, recalls that as head of the presidential office in 2010, Makej was behind the violent suppression of protests and the jailing of several presidential candidates. For this reason, it also found itself on the EU sanctions list.

Two years later, Makej became Minister of Foreign Affairs. Then, after the beginning of the Russian invasion of Crimea and the outbreak of war in the Donbass, “luck smiled” on Minsk.

Belarus mediated armistice agreements, namely the Minsk Protocols. These allowed Lukashenko to appear, at least for a time, as the peacemaker and guarantor of Ukraine’s independence, although in the end they never worked out and Russia only used them as a camouflage for further aggression against Ukraine. This “image” was also actively disseminated by Makej as the head of Belarusian diplomacy.

Makej was not on the sanctions list at the time because he tried to “normalize” Euro-Belarusian relations around 2015. “We need other partners besides Russia,” he told the Polish newspaper Rzeczpospolita six years ago.

He wanted to maintain sustainable relations with Moscow while maintaining a dialogue with the US and EU, so he encouraged Lukashenko to help with that by freeing some political prisoners. In the dictator’s beloved circle, he was seen as the most pro-European figure of regime standards.

loyal even during the revolution

During the protests in 2020 due to the fake presidential elections, Makej stayed with Lukashenko and, as a member of the security council, is also responsible for the brutal crackdown on civil society.

The regime’s armed forces shot protesters, arrested and tortured thousands of them. Violent repression continues in Belarus, and the regime detains hundreds of people each month for political reasons.

In 2020, Uladzimir Makej betrayed the Belarusian people and supported the persecution. That’s how Belarusians will remember him. Despite changes in Lukashenko’s apparatus, we will continue to defend Belarus’ independence and freedom.

Pavel Latuška also draws attention to Makej’s participation in the organization of the hybrid war against the EU. This is a wave of illegal immigrants, mostly from the Middle East and Africa, organized by Belarus to deport them to the borders of Poland and Lithuania.

For a long time Makej paid for the second man in the province, and for a while there was even speculation that he could be the possible successor to Lukashenko at the head of the regime, if the dictator decided on a controlled change at the helm.

However, according to Latuška, he suffered a psychological shock in 2020 as he lost his hold on Lukashenko, who had been listening to him until then. The dictator would, among other things, hold Makeje responsible for the failure in his strategy of establishing relations with the West.

“I remember now that Lukashenko complained that he couldn’t travel on his plane, there was no room for him. So he had to travel on normal civil lines,” recalls Latuška for Makeje. Makej also had to “cut” his ministry’s staff by a quarter, according to Lukashenko’s orders.

Interviews with government members in exile

Seznam News recently met with two members of the Belarusian unified transitional cabinet: Alina Koušyková, who fulfills the role of representative of the national revival in the cabinet, that is, the position closest to the minister of culture, and also Pavlo Latuška, responsible for the transfer of power “from the illegitimate regime of Alexander Lukashenka”. 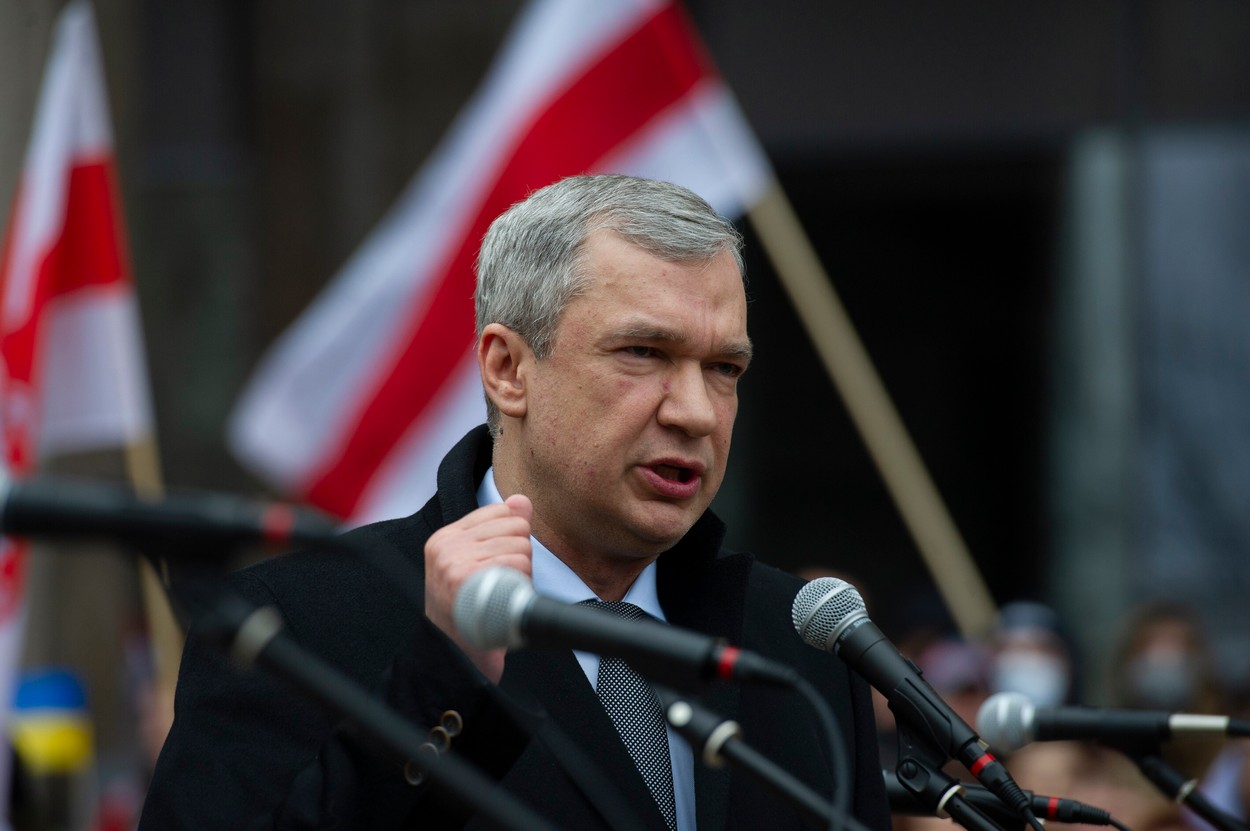 Last week, Makej flew to Yerevan on a military transport plane for the summit of the Collective Security Treaty Organization (CSTO), made up of six ex-Soviet states, because there was no room for him on Lukashenko’s plane. “Maybe it’s a small but still quite significant psychological blow,” continues Latuška.

Additionally, after 2020 and this year, due to the regime’s shared responsibility for Russia’s invasion of Ukraine, Belarus has found itself in international isolation and de facto an extended arm of the Kremlin.

Next to the minister weather forecast

Makeje’s dismissal is evidenced by the way the regime media reported on his death. The death of a well-known politician was not the number one news in them. For example, Belta agency gave a brief forecast of Makej’s forecast, and state television featured condolences more than the information itself or a look back at Makej’s life.

Even such a response by the regime helps to spread conspiracy theories, or at least to spread suspicion about the official version of natural death.

Monday’s report by the Ukrainian channel Trucha.net also supports the speculation. Without citing sources, he wrote that after Makej’s sudden death, dictator Lukashenko changed his personal cooks, servants, and security.

The same information was published on the website of the Belarusian Charter 97. “Makej’s death caused panic in Belarusian terminological circles, but dictator Lukashenko was most shocked,” the presenter said.

Interview with the Minister of the Interior

Another newly appointed member of the Belarusian government-in-exile, the de facto exiled Minister of the Interior Aliaksandr Azarau, also gave an exclusive interview to Seznam Zprávám. In the interview, he talked, among other things, about the Prague Support Team and its role, as well as the immediate goals of the ByPol ​​organization, to prevent the Belarusian army from being sent to fight in Ukraine. 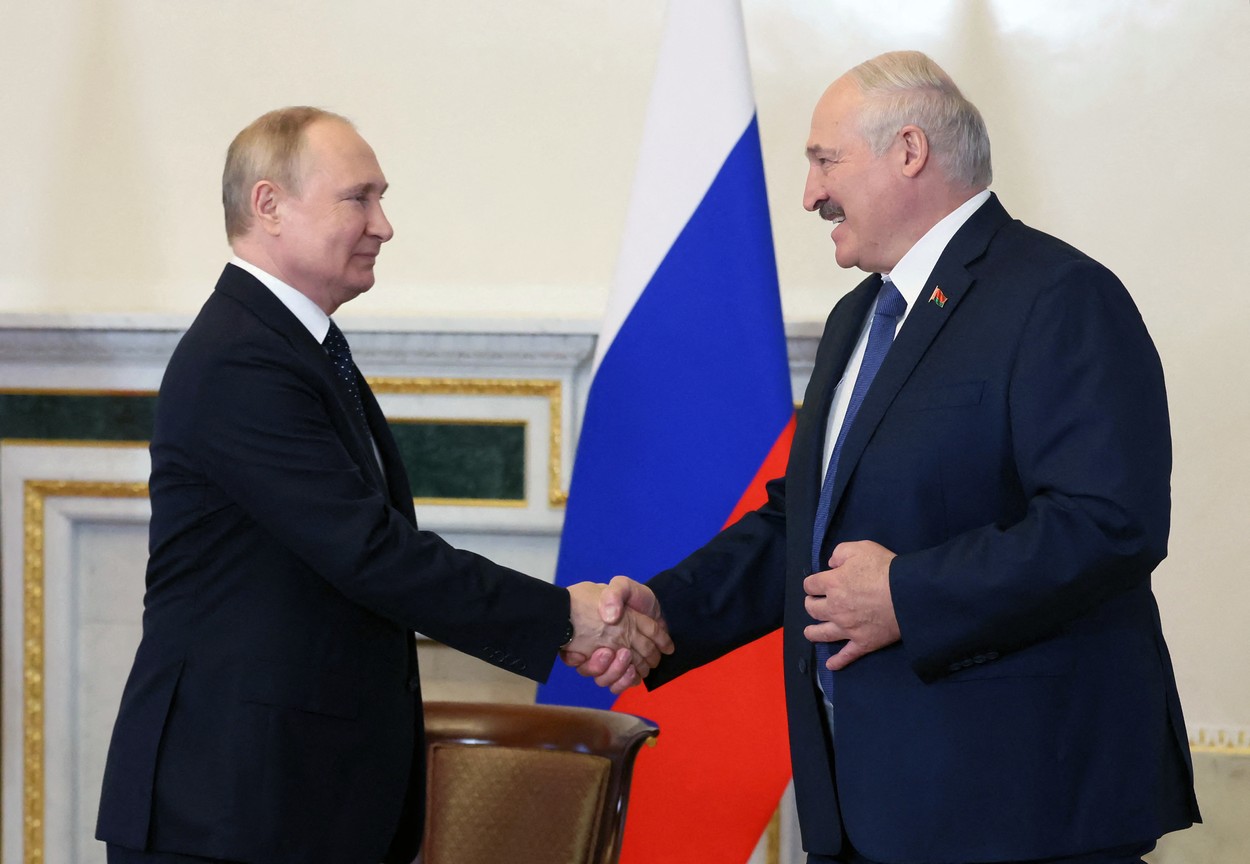 At the same time as Makej’s death, there were also reports of Russia’s plan to dismiss Lukashenko or intimidate him into accepting direct military intervention of the Belarusian armed forces in the war against Ukraine.

A plan to sack Lukashenko?

The information was released by the US-based Robert Lansing Institute for Global Threats and Democracies Research (IGTDS), which describes itself as a non-partisan and non-profit public policy research organization.

Citing anonymous sources in the Russian military intelligence service GRU, IGTDS writes that Lukashenko will be killed or dismissed during the conspiracy, and will be replaced by Stanislav Zas, the Belarusian general secretary of the post-Soviet association of states, ODKB. Then, allegedly, Belarus should declare its inclusion in the Russian Federation.

Whether such a plan is real or not cannot be verified. But analyst Pavel Berstou from the National Anti-Crisis Administration in exile wrote to Seznam Zprávám about speculation about Lukashenko’s removal from office.

Putin has been putting pressure on Lukashenko for months, and this could be his final signal. There is much speculation that the Kremlin wanted to dismiss Lukashenko in order to take control of the Belarusian army.

Meanwhile, Lukashenko’s office said on Monday there will be another meeting with Putin “in the near future”. This would be their ninth meeting this year. Minister Makej was also planning to meet with the Russian side before his death, and he had a meeting with Sergey Lavrov on Monday.

It is unclear who will replace Makeje in the position. Our Niva also mentions Lukashenko’s eldest son, Viktor, among the possible candidates. “I think the new minister will be very pro-Russian and, unlike Makej, who is the author of the balancing policy, will be significantly biased and have a Russian perspective,” Pavel Berstou said.