Venezuela may be about to emerge from the political crisis. President Nicolás Maduro and representatives of the Venezuelan opposition resumed negotiations in Mexico over the weekend to resolve the political and economic crisis that was interrupted last October.

It is customary for Venezuelan political leaders to act abroad. In the discussions, the Maduro regime mainly wants international sanctions to be lifted, while the opposition wants free elections or the release of political prisoners.

The first significant change took place right at the beginning of the meeting. The government and the opposition agreed, with Norwegian mediation, to create a humanitarian fund that would be used primarily to finance health care, food aid and education programs for the poor.

The money could also go towards restoring the power grid or fixing problems after this year’s heavy rains.

The UN will take over the management of the fund, which can go up to three billion dollars (converted to about 70 billion kronor), according to the agencies. Social projects should include financing frozen by American and European banks in Venezuela under sanctions after the 2018 presidential election. According to western countries, these were falsified.

The humanitarian emergency and new goals aiming to save democracy, as well as save the most needed choice of freedom.

The majority is called hoy in the most las calls #Portugueseinvite the possibility of a primary election and a victory in Mexico to herramientas for alcanzarlos. pic.twitter.com/MLI4gv90mH

But delegations face other problems. After arriving in the Mexican capital, government negotiator Jorge Rodriguez said one of his goals is to reach an agreement with the opposition that will have a “broad social dimension”.

Venezuelan opposition leader Juan Guaidó stressed that it is impossible to distract “attention from what matters” through social networks. According to him, these are free elections. “Only within democracy will we be able to create the conditions necessary to get Venezuela out of the crisis,” he said.

Negotiations hit a stalemate in the last talks last October. Maduro’s aides resigned after businessman Alex Saab, suspected of making dubious deals with the Venezuelan government, was extradited from Cape Verde to the United States on money laundering charges. Although Maduro had previously made this conditional on Saab’s release and the businessman remained in custody, they are now back on the table.

A successful outcome of the negotiations could pave the way for the return of wealthy Venezuela to world oil markets and the easing of the US oil embargo.

The progress made on Saturday was welcomed by the United States. US Secretary of State Antony Blinken said on Twitter that the deal was “an important step towards restoring democracy”.

In this context, the US Treasury Department allowed the oil company Chevron to continue some activities in Venezuela on a limited basis. However, it is not clear how fast the effect will be.

Chevron CEO Mike Wirth told Bloomberg Television earlier this year that it could take months or even years to restart oil production in Venezuela.

According to CNN, a senior Biden administration official stressed that he does not expect this to have a tangible impact on international oil prices. However, German website Deutsche Welle underlined that international efforts to resolve the Venezuelan crisis are gaining momentum after Russia’s invasion of Ukraine and the consequent pressure on global energy supplies.

More details on the crisis in Venezuela

Venezuela has been grappling with an economic crisis for years and, according to recent reports, seven million residents have fled the border. But thanks to the war in Ukraine, President Nicolás Maduro is breaking out of international isolation. Why? Why?

The New York Times (NYT) website wrote that the deal with Chevron was limited in scope. It is valid for six months and must be renewed after that. The deal leaves room for the United States to cancel the deal if Maduro fails to honor its humanitarian or other commitments.

In a joint statement with the United States, European Union, United Kingdom and Canada, they “welcomed” the resumption of dialogue in Venezuela. They also said they were ready to review the sanctions package, whose main aim is to remove Maduro from power, in Caracas “if there is significant progress in terms of the regime”.

Western countries also called for “a comprehensive agreement leading to free and fair elections in 2024”.

BBC’s South America correspondent Katy Watson pointed out that no progress has been made yet on a critical issue such as the 2024 presidential election. While the Venezuelan opposition is demanding free elections, President Maduro wants full recognition of his government by the United States and European countries.

Since Gabriel Boric, 35, was elected president last December, his partner Irina Karamanos has defended the title of “First lady.” Read why the initial effort to refactor the function resulted in its removal. 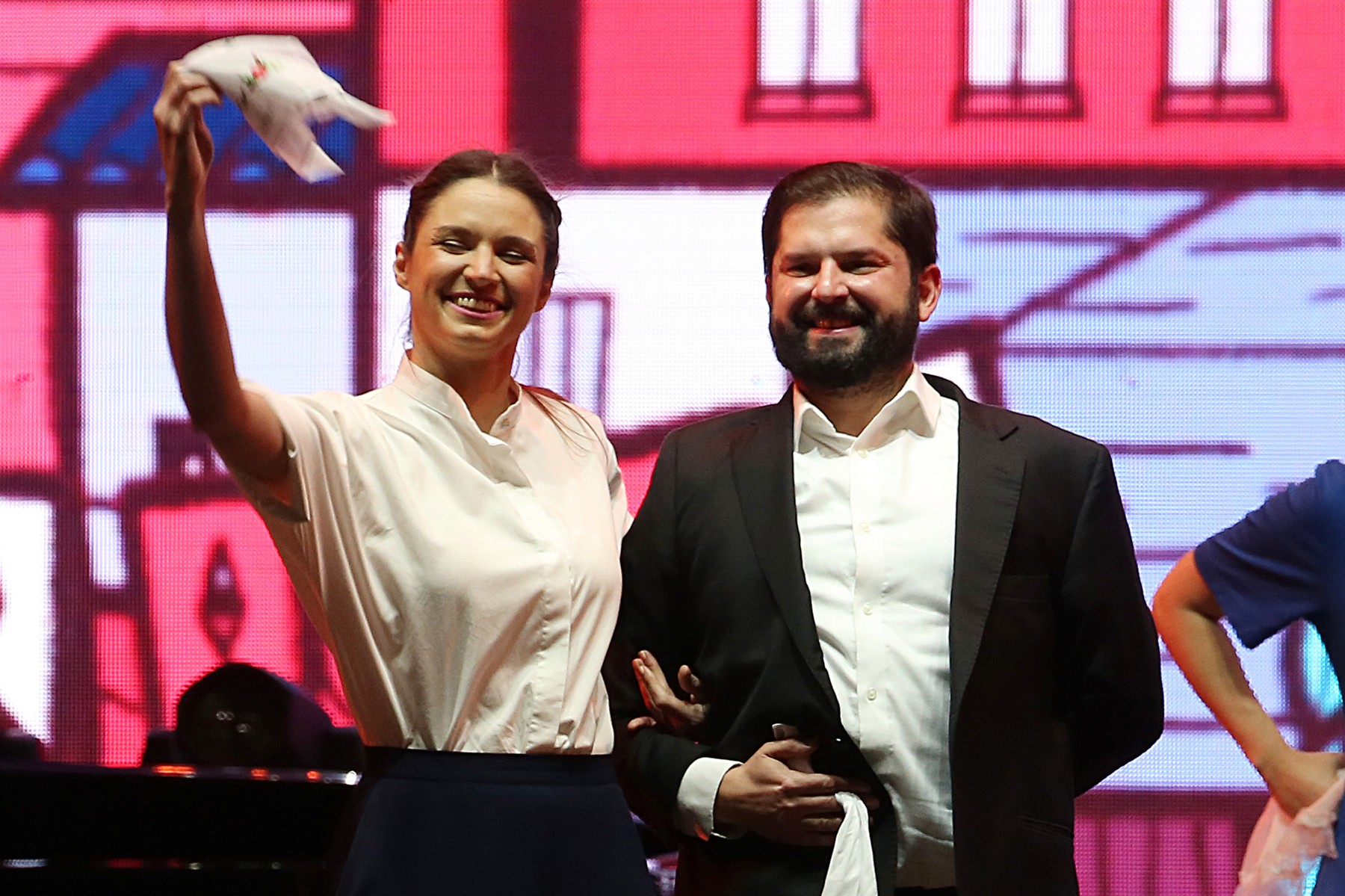 Mexican Foreign Minister Marcelo Ebrard told AFP that the deal is “a hope for all of Latin America”.

One of the world’s biggest migration crises

Venezuela has been in a downward spiral for several years, with rising inflation, power cuts and growing political discontent fueled by food and medicine shortages.

According to UN estimates, more than 7.1 million people left the country due to the political and economic crisis, and most of them emigrated to other Latin American countries or the USA. It is one of the world’s biggest migration crises.

The United States and Mexico agreed a month ago on a plan that would allow some Venezuelan immigrants to enter the United States, but send those who arrived illegally back to Mexico. The deal is expected to ease pressure on the US-Mexico border.

According to the agreement, 24 thousand Venezuelan immigrants who meet the conditions of entry to the USA will be allowed to enter the country by plane and can stay in the country for up to two years. But still only a small fraction of those who escaped.

See photos of the grueling journey through the swamp and forest belt that Venezuelans have to traverse on their way to the USA. 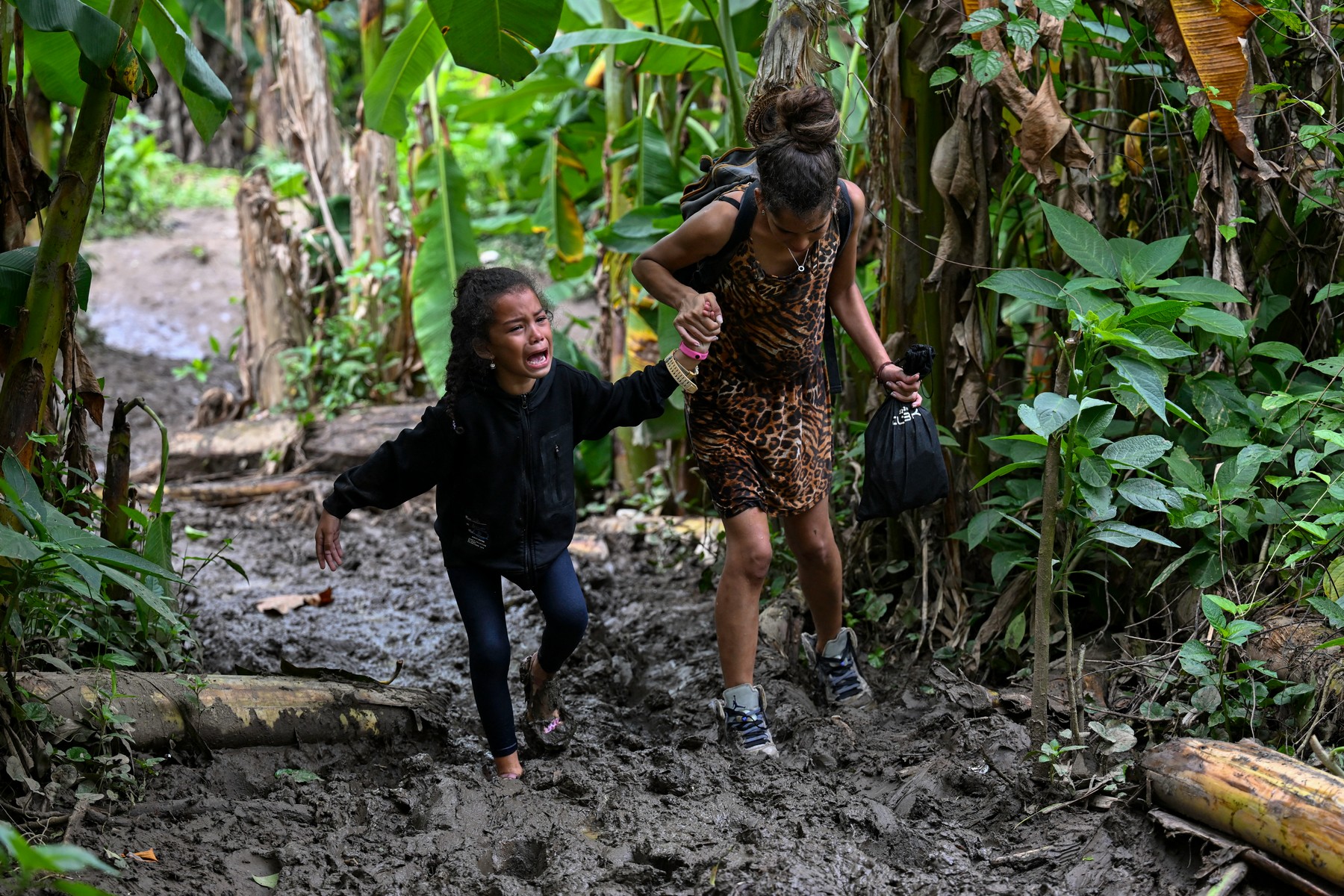 However, three-quarters of those who remain in Venezuela live on less than $1.90 a day, the international benchmark for extreme poverty, according to the United Nations. The report estimates that around 5.2 million people are in need of assistance in Venezuela. For its humanitarian needs, $795 million is needed through health, education and other projects.

The political crisis in Venezuela has deepened, especially since Maduro declared himself the winner of the 2018 presidential election. His crackdown on opposition activists eventually led to the US imposing sanctions on the Maduro regime and recognizing Guaidó as interim president in 2019. Dozens of other countries later recognized him as the legitimate leader of Venezuela.

The administration of President Donald Trump even gave Guaidó the authority to control the bank accounts Caracas holds in American financial institutions.

Share
Facebook
Twitter
Pinterest
WhatsApp
Previous article
RIA Novosti: Italy is developing a decision on the continuation of military assistance to Ukraine
Next article
A fan wearing the “Save Ukraine” jersey ran on the field during the ChM-2022 match.